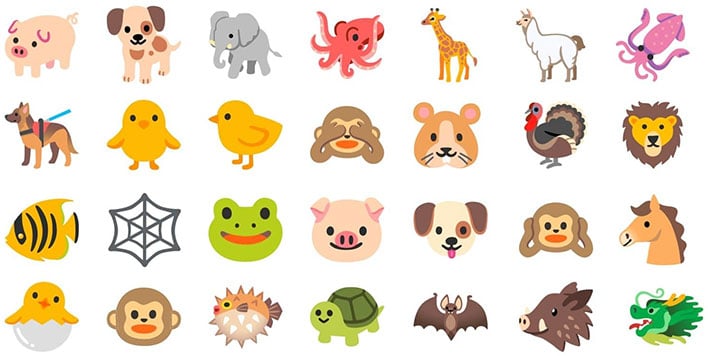 It is said you learn something new every day, and for me, I just learned there is a World Emoji Day. I also learned that World Emoji Day is today, July 17 (so now I do not have to fret if I learning nothing at all new tomorrow). To celebrate the occasion, Google announced it will be adding all 117 new emojis from the Emoji 13.0 update to Android 11, while Apple is likely to do the same with iOS 14 (the company previewed 13 of them).
That's a lot of emojis. They are also varied, with everything from a pinching finger to ninjas and brides, and everything in between. There will also be a wide assortment of cute animals, of course, along with foods, drinks, activities, toys, and the list goes on and on and on. If you have been pining for a boomerang or plunger emoji, hold onto your bootstraps, they're coming.

All 117 emojis were actually published earlier this year and previewed, as presented in the video above, put together by Emojipedia. You can also view them all at Unicode.org, where the full Emoji 13.0 update is available to browse. One thing you will notice is that they look slightly different on various platforms, as has always been the case. That's to day, each emoji has a distinct look on iOS versus Android versus Facebook, and so forth.

As to World Emoji Day, I'll trust that Wikipedia is accurate on this one, which says it is the brainchild of Jeremy Burge, founder of Emojipedia (according to CNBC). It is described as a global celebration of emoji. It's also a reminder that I'm old, because in my day, we mainly used letters and numbers.
You won't have to wait long to get hold of all these new emojis—Android 11 is slated to arrive on September 8, as was recently confirmed, while iOS 14 is in the public beta phase and will launch sometime this fall (like in September as well, based on past major iOS upgrades).