This Windows 7 Bug Is Blocking Users From Shutting Down, But Here's The Fix 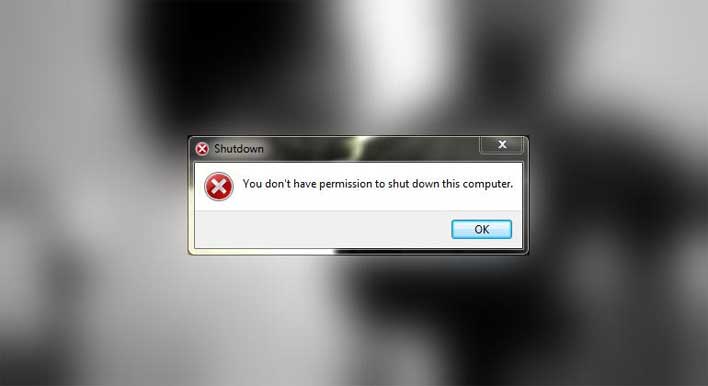 Some Windows 7 users have been hit with a strange bug this week that prevents them from shutting their computer down. When the user attempts to perform a shutdown or a reboot using traditional Start menu methods, they are greeted with a message that reads "You don't have permission to shut down this computer." It's also unclear what is causing the bug at this time.

However, while the cause of the shutdown issue is unknown, there is a workaround that will allow users to reboot or shutdown as needed.

The workaround isn’t difficult, and any version Windows 7 user can take advantage of it. The downside is that users must follow these steps each time they want to shutdown or reboot the computer. The steps are:

A more permanent fix has turned up on Reddit and numerous users have confirmed that it works. The steps are below:

Windows 7 has had multiple issues since its end of life last month. Interestingly, Microsoft did release an update after the end of support to fix an issue with wallpaper. In addition, there are still some antivirus companies that will support Windows 7.