Microsoft ended official extended support for the Windows 7 operating system on January 14th, 2020... or did it? We devoted a lot of attention to covering this now-passed deadline, as Windows 7 is a decade-old operating system that should have been upgraded to Windows 10 (for free) by now for most consumers.

As a last hurrah for Windows 7, Microsoft issued the operating systems final update, KB4534310, on January 14th, but it had a rather nasty side effect. As we reported, KB4534310, turned the desktop wallpaper black for some users. In other words, Windows 7 literally went out with a bang.

Microsoft is now acknowledging the defect, writing, "After installing KB4534310, your desktop wallpaper might display as black when set to Stretch." Even though this blunder is completely the fault of Microsoft, many assumed that customers would simply be out of luck with an official patch given that Windows 7 is no longer supported (outside paid of Extended Security Updates for corporate customers). 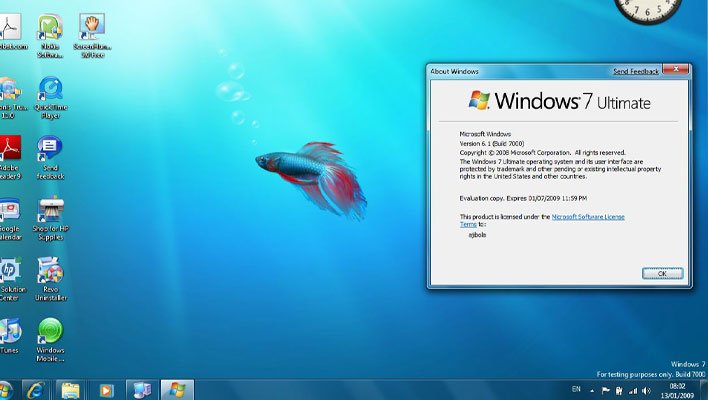 However, the company will make available a rare patch outside the realm of its official support window. The company writes, "We are working on a resolution and will provide an update in an upcoming release, which will be released to all customers running Windows 7 and Windows Server 2008 R2 SP1."

That's definitely good news for Windows 7 users who are affected by this problem, but we don't foresee the company making any more exceptions going forward on Windows 7 updates. For those that don't want to wait for the official patch, you can follow these steps to reclaim your wallpaper: