Windows 10 is by far and away the most popular PC-centric operating system on the market, and quickly rose through the ranks following its initial debut over 5 years ago (Summer 2015). Despite its age, Window 10 doesn't "feel" like an old and crusty operating system because Microsoft's "Windows as a Service" strategy has kept it looking fresh, complete with numerous new features over the past half-decade.

One operating system that is old and decrepit at this point is Windows 7, which was first introduced to the public back in 2009. Despite Microsoft declaring the end of support for Windows 7 back on January 14th, 2020, many consumers and businesses alike refuse to get rid of the operating system. Whether it's a matter of "If it ain't broke, don't fix it" or businesses that have been financially crippled by COVID-19 delaying upgrades, it's still a big problem for Microsoft. 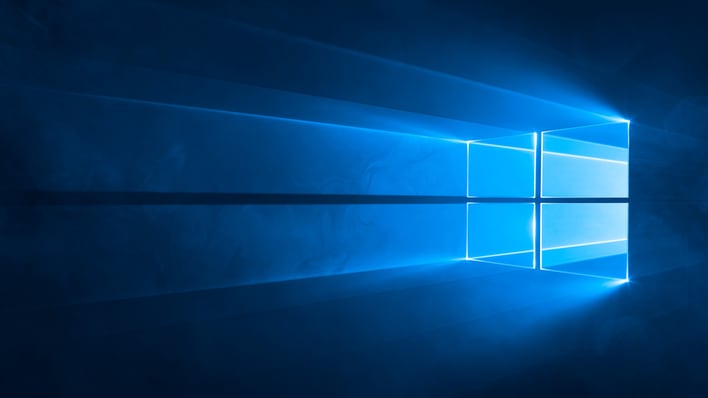 Microsoft wants to ensure the health and well-being of the Windows ecosystem, and that means having as many up-to-date copies of Windows 10 up and running on PCs around the globe. Given that Windows 7 is no longer supported, each of those internet-connected machines is at risk to an increasingly more hostile online environment in the world of nefarious hackers and scammers.

Taking it all together, ZDNet's Ed Bott has surmised that there are still over 100 million PCs around the globe running Windows 7, an operating system that is over a decade old. That's a long time to keep an operating system in play, and many have been unwilling to part ways with Windows 7.

You Can Still Upgrade To Windows 10 For Free

With that being said, you can still upgrade to Windows 10 for the low, low price of "free" if you are holding on to a valid Windows 7, Windows 8, or Windows 8.1 license. Microsoft was supposed to end this program back in December 2017, but it is still operating under the radar. So, if you've been holding back on upgrading to Windows 10, it's relatively easy to make the leap at no additional cost to yourself. Just use the following steps to obtain your free copy:

At this point, if you're a regular consumer, there's really no need to be stuck running Windows 7. Windows 10 is a far superior operating system and will be supported for years to come. For businesses, we can understand why upgrading to a new operating system can be a tedious affair (especially if the number of PCs involved is immense), but at some point, the decision will have to be made to make the shift. Don't get us wrong, Windows 7 was a great operating system in its day -- better in almost every way than Windows Vista, while remaining more popular than its Windows 8.x successor -- but it well past time to say goodbye to this old friend...