Windows 11's First Big Update Is Coming, How To Check If Your PC Is Ready

It's been a little over 8 months since Microsoft released Windows 11 (on October 5, 2021). When it hit the market it came with a slew of new features. Things like a significantly upgraded UI, more cloud based functionality, and even cleaner interfaces were all packaged into the new (at the time) release.

Windows 11 is also not without its problems, though—the ability to easily switch default applications is not as easy as it was in Windows 10. Doing so now requires the user to understand the protocols or file types in which they want an application to open, which is interesting considering it uses file extensions for file types, something Windows has been trying to hide from users without know-how since at least Windows 7. Tack on that almost all Windows 11 editions for personal use have started to require a Microsoft account, a "feature" that those who prefer not to leave their devices entirely connected are not too happy about. 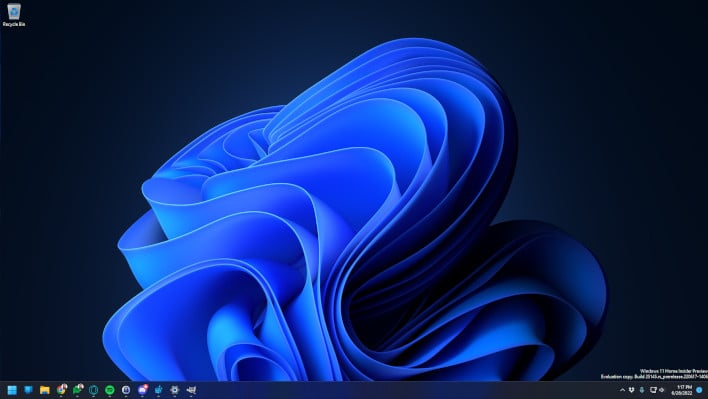 
Well, today it's been reported that there's a relatively easy way to see if your PC is ready for the Windows 11 22H2 update, the largest update for Windows 11 yet. We've reported on some new features for this build, such as File Explorer Tabs and Android Subsystem for Windows.

It's not too difficult to actually find whether your computer is ready for the upgrade if you already have Windows 11 installed. Quite simply you just open up the registry editor (Windows Key + R, type 'regedit'), and then paste the following into the path.
Computer\HKEY_LOCAL_MACHINE\SOFTWARE\Microsoft\Windows NT\CurrentVersion\AppCompatFlags\TargetVersionUpgradeExperienceIndicators 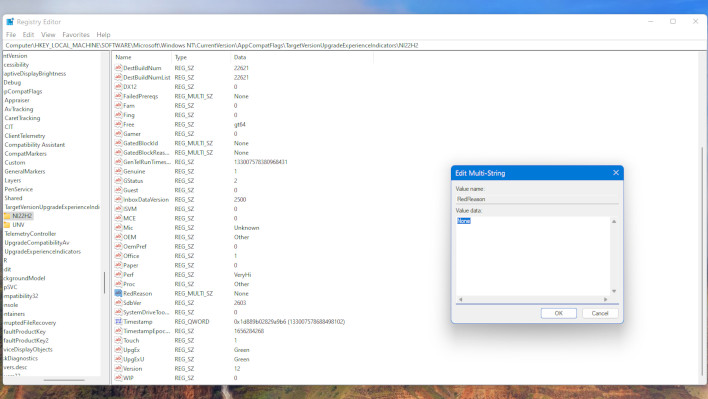 Find the 'RedReason' in the list, and if it says "None" then you're good to go! Your computer can update without any significant upgrades. Now, if you want a more technical overview on whether or not your device can run it, you can check the Microsoft Windows Tech Hardware Compatibility Program.
Just be warned that mucking around in the system registry can mess things up in a hurry. It's also best to make a backup, or avoid it altogether if you're squeamish about such things.