For those that have been following all of the hoopla surrounding Windows 10X, we've got some more bad news to deliver today. Back in May, Microsoft offered a one-two gut punch to Windows enthusiasts, announcing that the dual-display Surface Neo had been delayed and that Windows 10X would initially only be offered on single-display devices.

“These single-screen devices will be the first expression of Windows 10X that we deliver to our customers, and we will continue to look for the right moment, in conjunction with our OEM partners, to bring dual-screen devices to market,” wrote Microsoft Surface chief Panos Panay at the time.

Today, Microsoft insider Mary Jo Foley is reporting that the first commercial [single-display] Windows 10X devices won't even arrive until Spring 2021. This initial wave of Windows 10X devices will reportedly be targeted at business and education customers rather than everyday consumers. 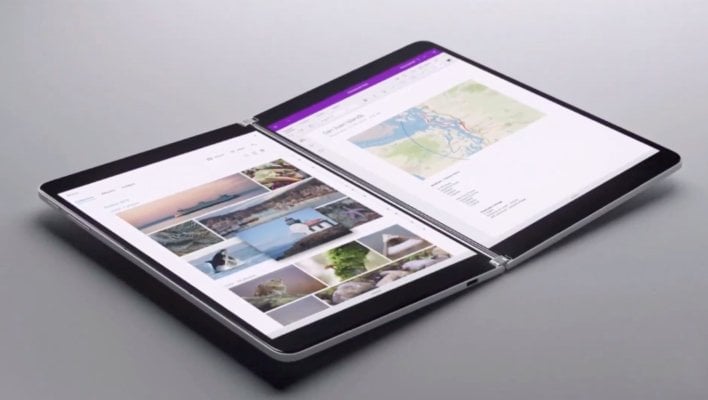 But that's not even the biggest shocker coming out of the leak channel today. According to Foley's sources, the first dual-display Windows 10X devices won't arrive until Spring 2022. That is well over a year later than originally announced, as Microsoft had originally planned to ship the Surface Neo in late 2020.

And to make matters worse, separate reporting from Windows Central alleges that early of versions of Windows 10X won't even support Win32 apps. We know that Windows 10X is supposed be a more modular, stripped down version of Windows 10, but the lack of Win32 support will be a big downside for customers -- especially considering that Microsoft will be targeting the business/education market first, many of which have legacy programs to support.

The report goes on to say that Windows 10X will target low-end machines, and that the operating system will be "web first". To support Win32 apps, Windows 10X will reportedly use app streaming from the cloud using technology similar to Windows Virtual Desktop.

Despite the delays with Windows 10X, Microsoft is at last bringing some of the UI improvements to its mainline Windows 10 operating system, including a redesigned Start Menu.