Earlier this month, Microsoft officially updated Windows 10 with a refreshed design for the Start Menu in the October Update. It seems that this is not the only refreshed design Microsoft has in store, however. There are now rumors that Microsoft is planning a Windows 10 UI refresh during the latter half of 2021. The project, codenamed "Sun Valley," has been described in internal documentation as "'reinvigorating' and modernizing the Windows desktop experience."

Over the last several years, macOS and Linux's flavors have had refreshes in design, whereas Windows has taken a more measured approach. Thankfully, Microsoft agrees with this and seemingly has plans to update the UI. As Windows Central reports, "[Sun Valley] is expected to ship as part of the Windows 10 'Cobalt' release scheduled for the holiday 2021 season." 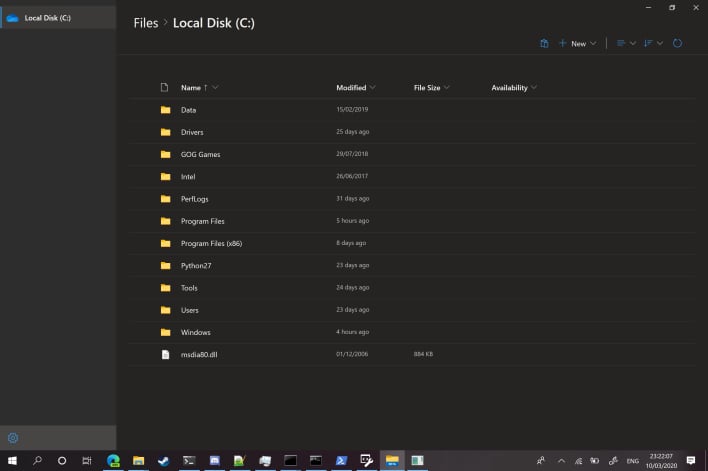 These Windows updates will likely follow the theme of updates that we have seen with Windows 10X. In March, we got a peek at the Windows 10X File Explorer with a modernized design. The new File Explorer looked incredibly slick and seemed easier to use. These sorts of changes could be expected across numerous apps and features. The October Update did this kind of update to the Windows Start Menu, and modernized Microsoft Edge is replacing the dated Internet Explorer, so there is a pattern here.

Obviously, it is too early to put a pin in any specific features, but a Windows overhaul could be exciting come 2021. The "Sun Valley" project could make Windows more user-friendly and inviting while making it competitive with other operating systems' user experience. Zac Bowden, of Windows Central, has heard that "for some features, users will be able to switch between the new and old experiences, giving users a choice rather than forcing it upon them." Thus, the transition period will be more comfortable, unlike the Microsoft Edge switch. No matter what, let us know if you are excited about a possible Windows refresh in the comments below.