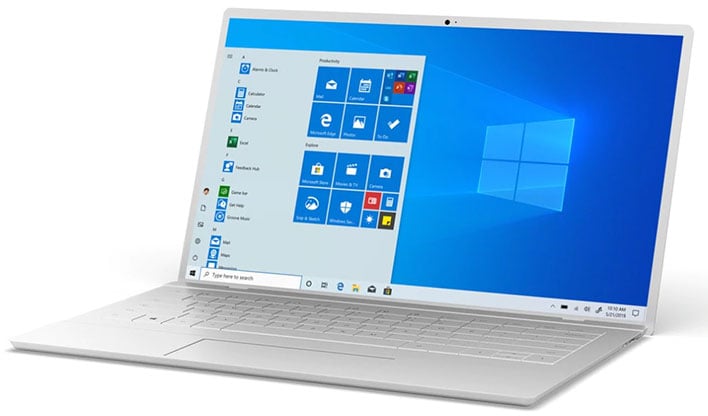 Microsoft is staggering the roll out of its May 2020 Update for Windows 10, and for good reason—there are both known and unknown issues that could create more problems than they solve. Users are not able to install the update just yet can try to force the issue if they really want to, but should probably hold off for now. That's because certain incompatibilities are coming to lighting. Case in point, some people with Intel Optane memory modules installed are running into issues after applying the May 2020 Update.
The latest feature upgrade began going to out to PCs a little over a week ago. At the same time it released to the public, Microsoft posted a list of known issues that it is currently investigating. They include the following...
Any of those issues could prevent the May 2020 Update from being available via Windows Update, though it's not necessarily an all-inclusive list. As spotted by the folks at Windows Latest there seems to be an issue between the update and systems with Optane memory installed, as reported by users on Intel's support forums and on social media.
Those who are running into problems report seeing the following error message...

Users who experience the issue can try navigating to Control Panel > Programs > Programs and Features, then uninstalling Intel Optane Pinning Explorer Extensions, followed by disabling Intel Optane and restarting the PC, and then re-enabling Intel Optane and restarting the PC again. But if that does not work, rolling back to the previous version of Windows might be the better course of action, until this is sorted out.
Apparently this is an issue that was identified during testing by Windows Insiders. However, it seems to have slipped through to the final build.
The bottom line is this—if Windows Update tells you that your PC is not yet ready for the May 2020 Update, it's best to wait rather than trying to force an update with Microsoft's Windows Media Creation tool.