The month of May is quickly passing us by, and in less than a week, we will already be into June. That means there is not much time left for Microsoft to begin rolling out its May 2020 Update for Windows 10, if it wants to keep the update in line with its name. So, when is it coming? There is evidence to suggest it will start hitting PCs today.
Microsoft has been testing polished builds for the past several weeks, and was recently thought to be testing a release to manufacturing (RTM) release. Those are builds that are basically indicative of the final version, which gets offered up to OEMs to prep new PCs and test their hardware. Publicly available builds are usually close behind.
As spotted by OnMsft, Microsoft update its "Windows lifecycle fact sheet" page with an interesting date—May 27, 2020 (today). It falls under the "Availability date" block next to Windows 10 version 2004. That's the version of Windows 10 once the May 2020 Update is installed, whereas the version of Windows 10 with the November 2019 Update (the last major feature upgrade) is version 1909. 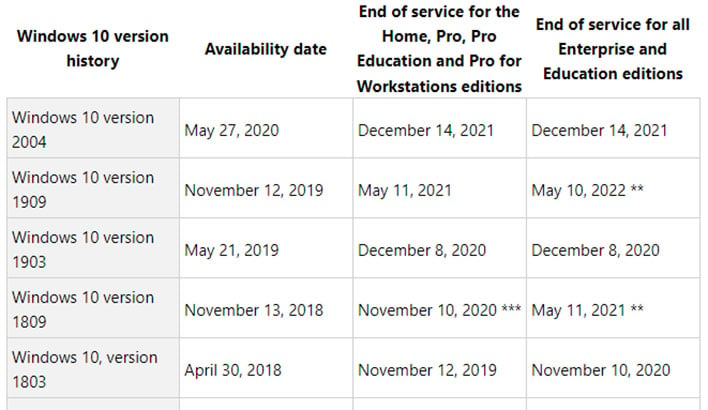 I tried checking for an update as I was writing this article, and it did not show up. There was a microcode update available, but not the May 2020 Update. However, if the above entry is not a typo on Microsoft's part, then you can expect it to start arriving on some PCs today.
As with the past, this will likely be a staggered release. That means not everyone would receive it at the same time. This method gives Microsoft an opportunity to gauge how the roll out is going, and fix any problems before they become a major headache.

Interestingly, Twitter user @ALumia_Italia discovered the latest build could be found by altering the link for Microsoft's Media Creation Tool. However, Microsoft seems to have gotten wise to the discovery, and is now blocking users from grabbing it.
Nevertheless, if the May 2020 Update does go live later today and you are not one of the first ones to receive it, the Media Creation Tool will likely be updated as well, so that you can download and install it manually.