Microsoft has announced that it has added the Windows 10 Insider Preview build 19025.1051 (20H1) to the Slow ring. That means more Windows Insiders have a chance to try out the update before it lands for the masses during the first half of 2020. The build brings with it several improvements, unlike the Windows 10 November 2019 Update which was more of a service pack.

Quick searches are now in the Search Home, allowing users to find information that matters to them more quickly. Four quick web searches were added, including weather, top news, today in history, and new movies. For other searches, there is a search box located below the quick searches. 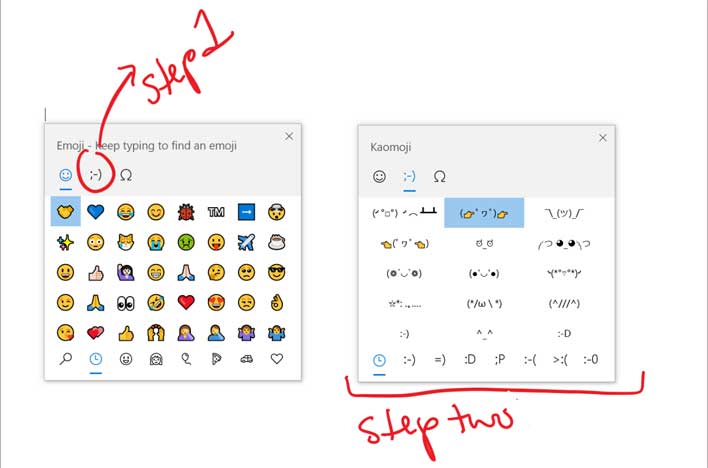 Another significant change in the preview build is support for more kaomoji. In Windows 10 version 1903, Windows gained an updated WIN + Period / WIN + Semicolon keyboard shortcut that has emoji. In the latest update, the keyboard also gets kaomoji, which are faces with an expression made by combing various characters.

Other changes include Windows subsystem for Linux (WSL) 2 improvements that allow memory no longer used in Linux to be freed back to Windows. New DirectX 12 features are previewed in the update with new Raytracing tier 1.1, Mesh Shader, and Sampler Feedback. Windows Safe mode gained Hello PIN support for logging in. Windows has gained a separate setting to control if registered desktop apps from your previous sign-in session are restarted when signing back into Windows.

Xbox Game Bar updates bring the new FPS counter and achievement overlay. Improved Bluetooth pairing is also integrated with pairing all done in notifications with no need to go into the settings app to finish pairing. In other Windows news, Microsoft is forcing upgrades to the May 2019 update.