Here's Why Graphics Card Pricing Could Shoot Up In 2020 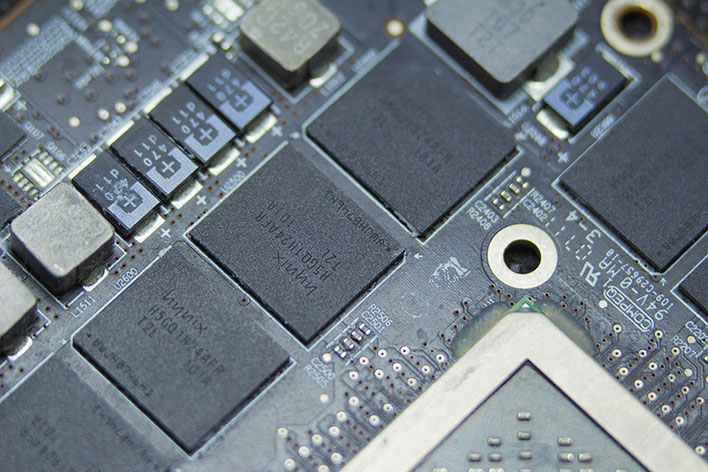 If you are on the fence about pouncing on a graphics card upgrade, you may want to go ahead pull the trigger. For one, the GPU is the most important component when it comes to playing games, and trying to get by with an old and outdated card can mean having to constantly fiddle with in-game settings. However, there potentially is a more pressing reason to upgrade—higher prices on the horizon.
We are not sounding the alarm by any means. However, market research firm TrendForce, a division of DRAMeXchange, is expecting a "sharp upturn" in graphics DRAM prices in the first quarter of 2020 (unlike PC DRAM). Analysts say server DRAM prices will lead the upwards trend in pricing due to supply constraints by unstable yields of 1x-nanometer processes.
"Graphics DRAM prices will see a corresponding sharp rebound. Graphics DRAM is more sensitive to demand change than other types of memory products, so its price fluctuations can be dramatic as well. With OEM clients raising their stock-up demand, Graphics DRAM contract prices are projected to increase by over 5 percent QoQ, the highest among all memory products," TrendForce analyst Arvil Wu says..
There is a confluence of factors that could push up graphics card pricing next year. Looking at the overall market demand for 2020, the transition to GDDR5 to GDDR6 memory chips will further accelerate. For example, NVIDIA's GeForce RTX series use GDDR6 memory, and AMD is "destocking its older graphics cards" based on GDDR5 memory in favor of Navi-based GPUs paired with GDDR6 memory.
In addition to this trend, next-generation game consoles are on the way—Sony's PlayStation 5 and Microsoft's Xbox Series X. Both of those will make the jump from GDDR5 to GDDR6 memory as well.
"Given these developments, demand is expected to exceed supply for graphics DRAM in 2020," Wu says.
According to Wu, graphics DRAM has the higher production cost per chip. This resulted in graphics DRAM being the first group of memory products to incur an operating loss for suppliers during the past several quarters, which in turn prompted the three biggest supplies to make adjustments with an eye towards profitability.
In theory, these factors could cause graphics card pricing to shoot up next year. However, we're not ready to sound the alarm. Competition has intensified between NVIDIA and AMD, and if Intel's efforts in the discrete GPU space prove fruitful, it would only add to the pressure to keep pricing from skyrocketing. But who knows. The drain on supply from cryptocurrency mining, while now in the rear view memory, is a sobering reminder that the market can turn on its head at any given moment.
The good news in all this is that are a lot of fast graphics cards available, many of them with discounts for the holiday season. So, if you are need of an upgrade, it makes sense to go ahead and a buy card now rather than roll the dice by waiting.