Just a few days ago, Google released its Android 12 Beta 5 build with Pixel 5a support, and as we commented at the time, a final build is now only weeks away. How many weeks, exactly? Google has not given any official indication, but if a leaked document is anything to go by, Android 12's AOSP (Android Open Source Project) source code will land on the public's lab on Monday, October 4.
That is precisely three weeks from the time of this writing. While nothing is chiseled in stone, Google typically makes its Android source code publicly available to developers slightly ahead of its Pixel launches. They also coincide with when new Android builds launch to existing Pixel phones. 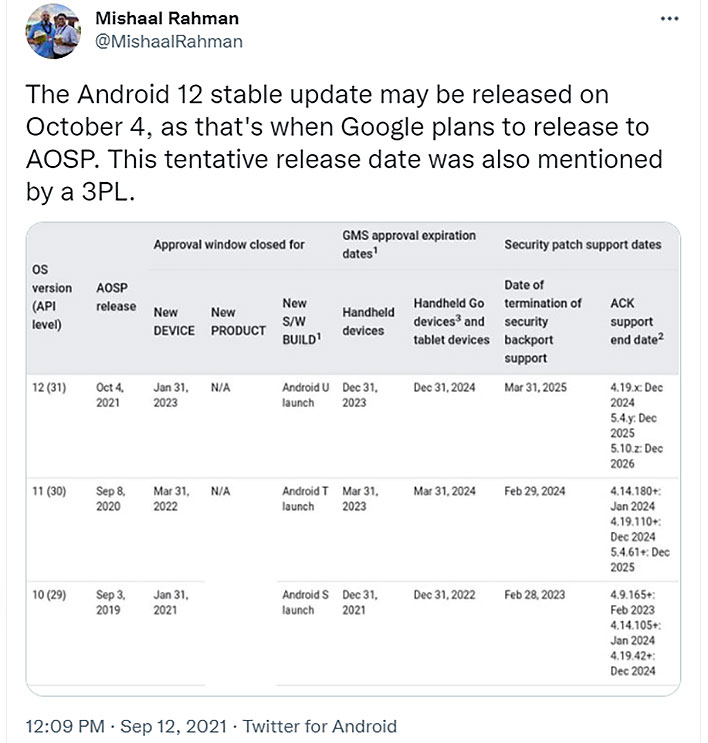 The timing is according to a document obtained by Misaal Rahman at XDA-Developers, as shown in the Twitter post above.
"The Android 12 stable update may be released on October 4, as that's when Google plans to release to AOSP. This tentative release date was also mentioned by a 3PL," Rahman states.
This is how the Android 11 launch played out last year—Google released the final Android AOSP on September 8, the same day Android 11 was made available to existing Pixel owners. Then Google announced the Pixel 5 on September 30.
If Google were to follow that same kind of time frame, we're looking at Android 12 launching to existing Pixel phones on October 4, followed by the Pixel 6 series coming out later the same month. And rumor has it the Pixel 6 family will launch on Tuesday, October 19, so it all conveniently adds up.
As for non-Pixel owners, it will be up to third-party phone makers to push out updates on their own time frames. Some are better than others about that sort of thing. Regardless, once Android 12 lands, the wait officially beings for device manufacturers to make it available on existing phones that are still being supported.
Android 12 is expected to deliver some nifty upgrades to the OS, like an accessibility feature that lets users control their phones using facial expressions, and better adaptive battery charging. 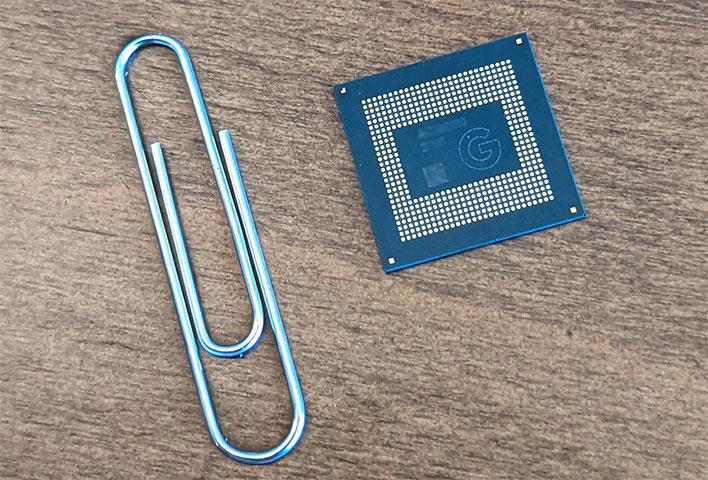 The Pixel 6, meanwhile, will debut with a custom, in-house designed Tensor SoC. Google says this chip has been in development for the past four years, and "builds off our two decades of computing experience." The company is also pitching the Tensor SoC as its "biggest innovation in Pixel to date." The hype is high, in other words.
More recent chatter suggests Google's custom chip could pack a pair of Arm Cortex-X1 prime cores clocked at 2.8GHz. For reference, Qualcomm's Snapdragon 888 wields a single Cortex-X1 core clocked at 2.84GHz, along with three additional Cortex-A78 cores clocked at up to 2.42GHz, and four Cortex-A55 cores clocked at up to 1.8GHz.
Google's custom silicon will also have accompanying cores, but the exact makeup is not yet know. In any event, this sets the stage for a fun showdown between Google's silicon and the Snapdragon 888, as well as Samsung's upcoming Exynos 2200 SoC with RDNA 2 graphics on board.