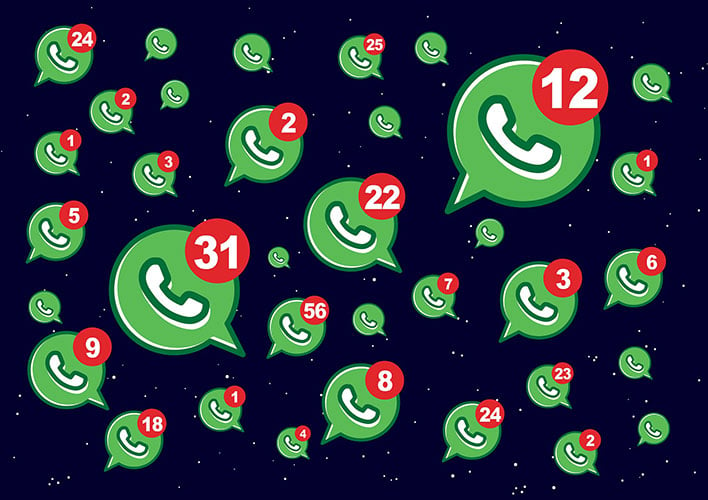 Facebook does not exactly have a squeaky clean record when it comes user privacy (remember the Cambridge Analytica scandal?), so naturally an ambiguous update to its WhatsApp privacy policy concerned many people. Millions of them, actually, who have decided to leave WhatsApp behind and seek out alternative services for their secure instant messaging needs.
Let's back up a moment, for context on the current mass exodus. Earlier this month, Facebook tweaked the privacy policy for WhatsApp, which suggested that effective February 8, the app would automatically send some data to Facebook. In essence, WhatsApp users would effectively be forced to share certain data with Facebook.
This caught the attention of prominent figures, like whistleblower Edward Snowden and Tesla founder Elon Musk, the latter of which tweeted out, "Use Signal" in reference to the Signal app. It is an alternative to WhatsApp, and it has seen an influx of users in the wake of all this.
In response to the concerns that were raised, WhatsApp put up an FAQ on its privacy changes, but it only added to the confusion, and drove more users to Signal. Shortly after that, it posted a blog entry seeking to offer further clarification.
"We don’t keep logs of who everyone’s messaging or calling. We also can’t see your shared location and we don’t share your contacts with Facebook. With these updates, none of that is changing. Instead, the update includes new options people will have to message a business on WhatsApp, and provides further transparency about how we collect and use data," WhatsApp explained.
"While not everyone shops with a business on WhatsApp today, we think that more people will choose to do so in the future and it’s important people are aware of these services. This update does not expand our ability to share data with Facebook," WhatsApp added.
Facebook also shifted the February 8 timeline to May 15. In the meantime, however, The Guardian says Signal has gained 7.5 million users, while another WhatsApp alternative called Telegram has amassed 25 million more users, most likely as a result of the current situation.
Evidence of this seen can be seen in rapid rise in popularity of these apps, compared to their respective standings before Facebook shot itself in the foot. Prior to January 6, for example, Signal was comparatively obscure, sitting outside the top 1,000 apps in the UK. Buy by January 9, it has risen to number one.
"These types of shifts in messaging and social networking apps are not unusual. Due to the nature of social apps and how the primary functionality involves communicating with others, their growth can often move quite quickly, based on current events. We’ve seen growing demand over the last few years for encrypted messaging and apps focused on privacy," App Annie director of market insights, Amir Ghodrati, told the outlet.
Facebook can't be happy about losing so many people to rival instant messaging services. This is undoubtedly a big reason why the timeline has shifted several months, to give the company more time to clarify its privacy policies. Whether the strategy pays off, we'll have to wait and see.