If you're wondering what wattage power supply you will need to bring to the RDNA 3 party, it's best to wait for an official announcement from AMD. That will come at some point. In the meantime, Seasonic has updated its handy online PSU calculator with three next-gen RDNA 3 models, including the Radeon RX 7900 XT, Radeon RX 7800 XT, and Radeon RX 7700 XT.
Some caveats are in order. Online PSU calculators provide rough estimates of your system's power requirements by taking into consideration the CPU, GPU, and various other hardware. They're incredibly helpful for new or inexperienced builders, though also fairly basic in their calculations. Seasonic's is also a bit different in that it recommends specific models from its own lineup rather than spitting out just a wattage rating. Still, we can extrapolate the wattage based on its recommendations.

The other major caveat is that the inclusion of next-gen Radeon RX 7000 series graphics cards doesn't necessarily mean the information is accurate. Why so? Let's first look at the results... 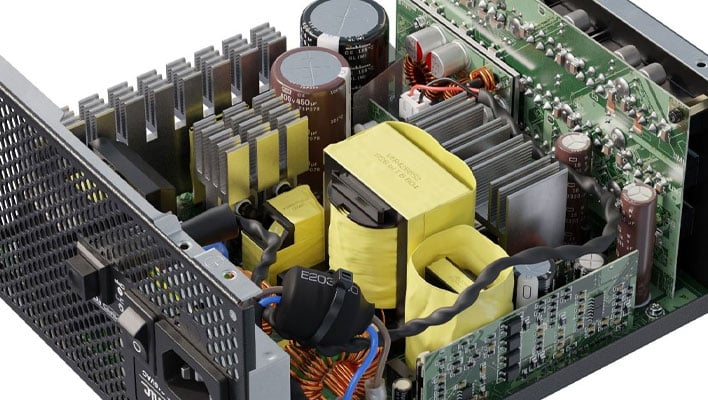 Hat tip goes to Twitter user @SkyJuice60 for noticing the update. They also accurately point out that the recommended PSU wattages are exactly the same as their Radeon RX 6000 series counterparts. That's to say, Seasonic also recommends a 750W PSU or higher for the Radeon RX 6900 XT and Radeon RX 6800 XT, and a 650W PSU or higher for the Radeon RX 6700 XT.
The recommendations are apt to change depending on your other hardware, and in particular your CPU. For example, pairing the Radeon RX 7900 XT with a Ryzen 9 5950X processor, a single SSD, a 7200 RPM HDD, and four fans results Seasonic recommending a 1,000W PSU or higher.
In all likelihood, we're probably looking at simple placeholders for AMD's next-gen GPUs. Sure, it's possible Seasonic is privy to next-gen GPU power requirements and that they're largely unchanged from the currently lineup, which would be great news if you're concerned about ballooning power draws. And in that scenario, AMD could potentially have a major bragging right over NVIDIA. But we can't assume that based only on an updated online PSU calculator.