When we stumble across PC components deals, they typically come from online retailers like Amazon, Best Buy, Newegg, or various other well-known names. It's not often that the device's actual manufacturer provides the best price to consumers. Western Digital is bucking that trend today with a killer deal on its fastest-available SSD: the WD_Black 1TB SN850. 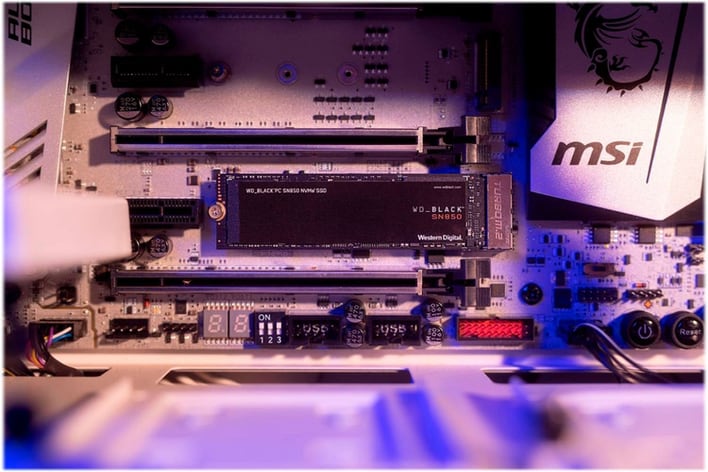 For those that need a refresher, the SN850 uses the PCIe 4.0 interface, which means that it is compatible with the latest desktop processor platforms from Intel (11th Gen Core) and AMD (Ryzen 3000/5000). It is among the fastest SSDs on the market, with sequential read and write speeds of 7,000 MB/sec and 5,300 MB/sec, respectively. Western Digital also promises up to 1,000,000 IOPS for random reads and 720,000 IOPS for random writes. Endurance measured in terabytes written is listed at 600 TB, and the SSD comes backed with a 5-year warranty.

We should note that the SSD currently on sale at the Western Digital Store is the standard version of the SN850. A SKU with a heatsink for better improved sustained performance and RGB lighting to spruce up your gaming rig is also available but is still priced at $249.99.

At this point, we don't know how long Western Digital's sale will last, but we suggest that you get hoppin' fast before the regular MSRP rears its head again.