Western Digital is dialing up the performance with a few new SSDs aimed at enthusiasts. These include the WD_Black SN850, the WD_Black AN1500, and the WD_Black D50 Game Drive, which all take different approaches to delivering blistering data transfer speeds.

Starting off with the SN850, this is a standard NVMe M.2 SSD that uses the PCIe 4.0 interface. As you might expect from a PCIe 4.0-based SSD, Western Digital is quoting sweet sequential read speeds of up to 7,000MB/sec, while sequential writes come in at 5,300MB/sec (2TB SKU). The SN850 will be available in both a standard version, and an optional version with a heatsink to reduce thermal throttling and RGB lighting effects. 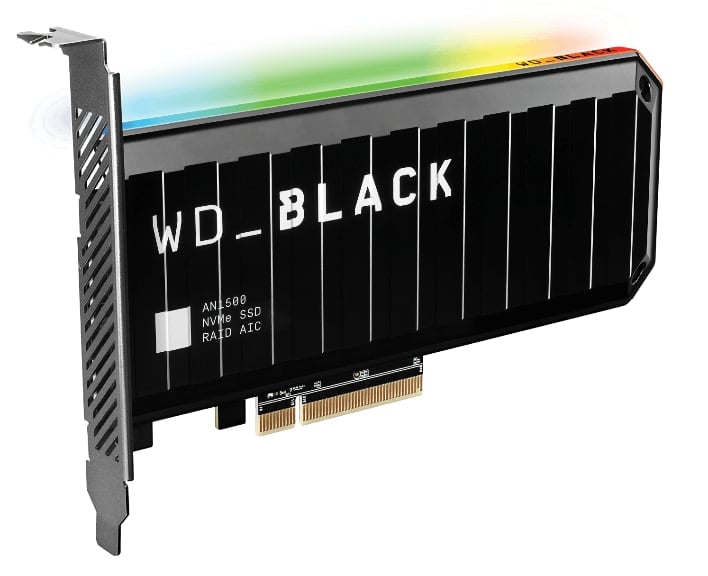 Moving on, we have the AN1500, which is a dual-drive PCIe add-in card for desktop PCs. It uses a PCIe 3.0 x8 interface, but it includes two internal SSDs that are linked in RAID-0 to boost performance. As a result, the SSD is rated for up to 6,500MB/sec reads and 4,100MB/sec writes (4TB SKU). As you might expect, Western Digital has infused the AN1500 with a heatsink and RGB lighting, while it is available in 1TB, 2TB, and 4TB capacities priced from $299.99. The WD_Black AN1500 is available now from Western Digital’s retail partners. 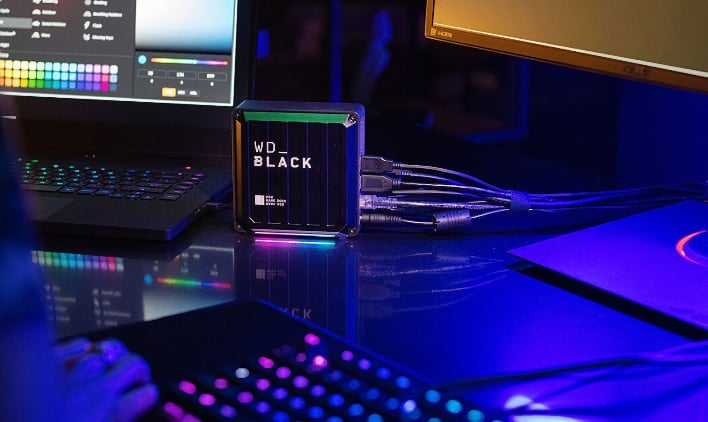 Western Digital says that the WD_Black D50 Game Dock NVMe SSD is priced at $499.99 and is available to purchase right now.