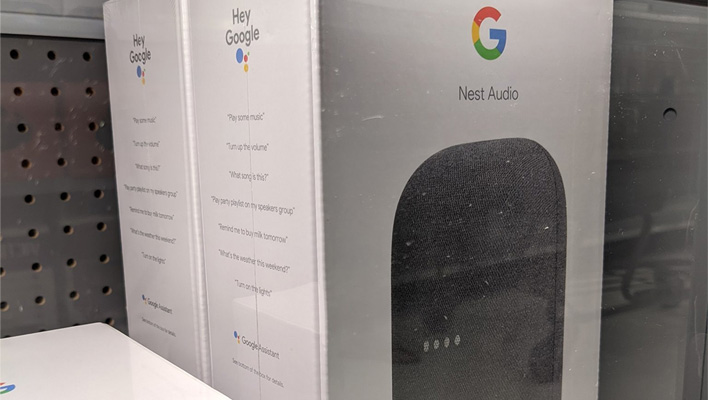 Google might as well go ahead and launch its Nest Audio smart speaker, because some of its retail partners are not in the mood to wait. The unreleased smart speaker has been spotted on store shelves at Walmart, and there is a product page at Lowe's, though the latter is not actually accepting orders at the moment. Presumably a launch is imminent.
It is not clear if Walmart has been actively selling the Nest Audio in stores. Twitter user Marcos Frausto posted the image above (click to enlarge for a full view), saying it "looks like Walmart jumped the gun on the unreleased speaker from Google." In a follow-up tweet, he said Walmart did not put a price on the product. So perhaps the retail chain is just preparing for the launch.
The Nest Audio listing on Lowe's also vague. It does not even list the actual name, just "Google J2," along with an item number (2701742) and model number (GA01420-US). It appears to be a placeholder, though it does serve up some press images.
Google has not been hiding plans to launch a Nest Audio smart speaker. Back in June, the company teased the Nest Audio in a short video, though has not provided any concrete details, such as specific features, specifications, price, or even a name. The retail packaging at Walmart, however, at least confirms it will be called Nest Audio. 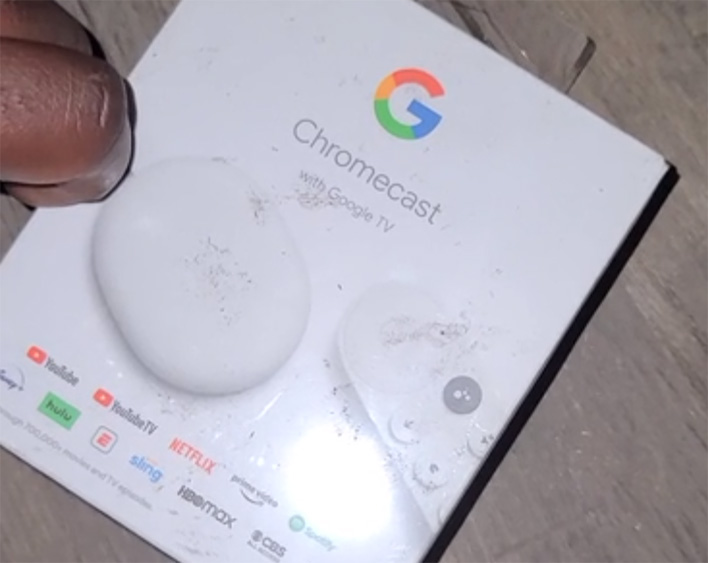 That is not the only leaked Google product. A user on Reddit posted a video of the new Chromecast packaging. On the front of the shrink-wrapped box, it is identified as "Chromecast with Google TV," while the bottom of the box calls it "Google Chromecast."
The upcoming Chromecast dongle has also been the subject of previous leaks. It will support Android TV, which is being rebranded to Google TV, and come with a remote control. And of course casting will still be possible. It is expected to launch for $49.99.