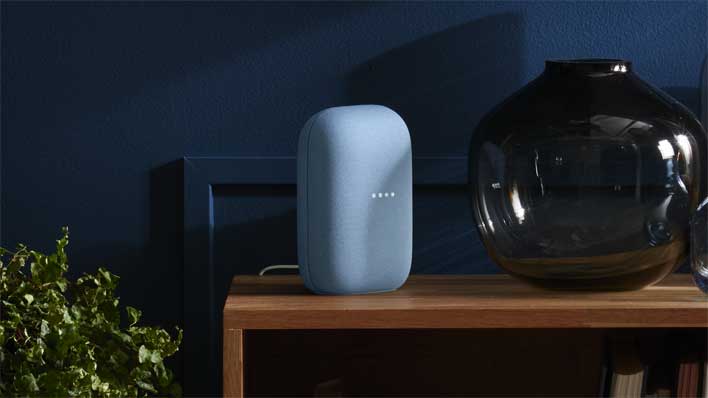 The Nest Speaker is seen in the video comes in both light blue and coral colors. A gray color has been spied in regulatory filings. While little is known about the hardware details of the Nest Speaker, speculation suggests that users can link a pair of them for stereo sound (as seen in the video below). Past Google Home smart speakers have also supported stereo linking. All we know about the Nest Speaker is what we can see, it's tall and rectangular with curved edges. The familiar LED lights from past Google Home devices are in the center of the speaker.

This isn't the first time that Google has offered a glimpse at products that have been leaked ahead of the official launch. It did so in the past with the Pixel 4. Not long ago, we caught a glimpse at another leaked product, the long-rumored Nest-branded Android TV dongle from Google.

It's become virtually impossible for tech companies to prevent leaks, with many surfacing from supply chain sources overseas. Both Google and Apple have had problems with leaks, but it's interesting to see Google attempting to take back some control of the narrative of its future products by showing off its hardware early to thwart leakers.