The Unreal Engine has come an incredibly long way since it debuted as the graphics engine powering Epic Games' (then still known as Epic Megagames) first FPS title. Way back in 1998, Unreal wowed PC gamers with reflective surfaces, impressive lighting effects, and immersive skeletal animations. The engine was licensed for numerous games, and in short order, licensing became the primary purpose of further engine development.

Unreal Engine has come so far, in fact, that it dropped the "the" from its name. Jokes aside, Unreal Engine today is a full-featured content-authoring toolkit, primed and ready for use by architects, engineers, designers, artists, filmmakers, and anyone else with an idea—not just game developers.

Epic has been teasing folks with the new features in the 5th full-number revision of its SDK for awhile now. Around this time in 2020, Epic released "Lumen in the Land of Nanite," a video showcasing the "Valley of the Ancients" demo for Unreal Engine 5. More recently, "The Matrix Awakens: An Unreal Engine 5 Experience" hit current-generation game consoles and wowed us all with shockingly photo-realistic visuals.

Well, Unreal Engine 5 is finally here for anyone to download and play with. Epic announced the release as part of its State of Unreal 2022 event. The Unreal Engine 5 announcement came right in the keynote presentation, which you can watch above on YouTube. It's recommended viewing if you're even tangentially interested in game engine technology.
We do mean "anyone," too. It's completely free to download and use, and you can even ship a game with it without paying royalties until you hit $1M in sales. Even then the royalty is only 5%, and if you're using it for non-interactive content, there's never any royalty required. You get full access to all the Unreal Engine features, right down to the source, for the low, low price of free.

Unreal Engine 5 brings some real next-gen technology to game developers. The stars of the show are Lumen and Nanite. Lumen is, unsurprisingly, Unreal Engine 5's new lighting engine. Lumen doesn't represent a huge change in fidelity for gamers, but instead is primarily a revolution for developers. Instead of having to go through the time-consuming process of waiting for lighting to recalculate when you place lights or move geometry in a scene, it all happens in real-time so that creators can preview the lighting in their scene just as players will see it.

Nanite is more interesting from an end-user perspective. We won't get into the technical weeds here, but Nanite is a system of geometry virtualization. In practice, what this means is a drastic increase in the amount of geometry that can be placed in a scene without affecting performance. Objects and environments can have millions or even billions of polygons, and Nanite will intelligently manage the level of detail to maintain performance. This technology doesn't work for dynamic actors like characters yet, but hyper-detailed scenery is welcomed, too. 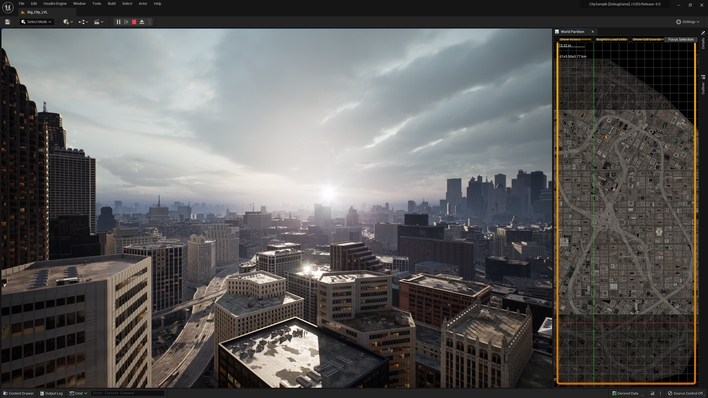 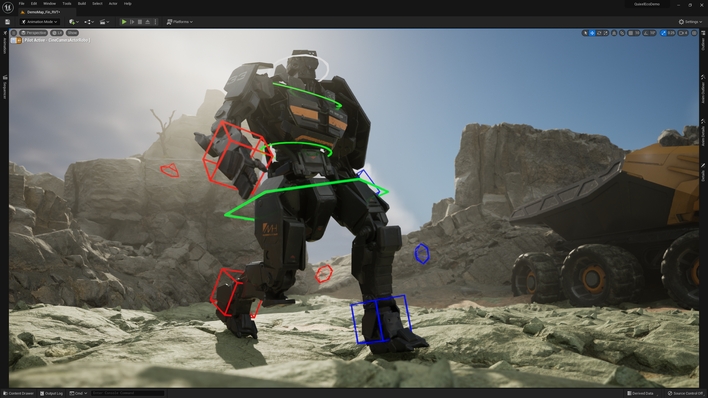 This post barely scratches the surface of the new Unreal Engine features. If you'd like to know more, you can hit up this blog post from Epic that describes all the new features in detail. If you're really interested, we'd advise you to instead simply head over to Epic's site and download the engine SDK package yourself.