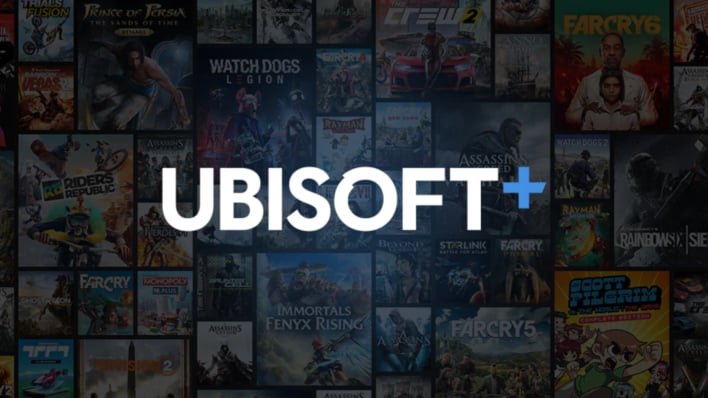 Last month, it was announced EA Play, and Xbox Game Pass were partnering to provide an expansive game library. Now, Ubisoft is partnering with Amazon Luna and Google Stadia to provide competition in the cloud gaming sphere with Ubisoft+, the rebranded UPLAY+. This service will launch with a beta on the Amazon Luna platform on November 10th and will cost $14.99 per month.

Cloud gaming has become one of the hot topics of the year, and everyone wants in. At $14.99 per month with unlimited access to over 100 games, Ubisoft+ is comparable to Xbox’s Game Pass Ultimate subscription. Conveniently, this new subscription from Ubisoft is launching the same day as the Xbox and EA Play subscription, so PC gamers will have quite a choice to make. By year’s end, “subscribers will also be able to access Ubisoft games on Stadia with the same subscription. Stadia Pro will not be required, so subscribers can sign up with the free version of Stadia.”


If you choose to go with the Ubisoft+ subscription, you will not be behind on the latest AAA games either, making the package a little more enticing. Ubisoft reports that “Ubisoft+ on Amazon Luna and Stadia will feature a growing library of premium editions* of Ubisoft games, including Watch Dogs: Legion, Assassin’s Creed Valhalla, and Immortals Fenyx Rising.” This implementation of Luna and Stadia will also allow for cross-platform progression across a multitude of devices.

This seems to be a great time to be a gamer, because for $30 a month, you could get Microsoft, EA, and Ubisoft titles, both new and old. The subscriptions would allow you to play when and wherever so you aren’t locked to a console or PC. Perhaps we will also see more companies enter partnerships like this, such as Activision/Blizzard. No matter what, keep an eye on HotHardware as the cloud gaming scene is heating up.