Earlier this week, Samsung touted its development of next-generation 512GB DDR5 modules rated for 7200 Mbps speeds. TeamGroup is grabbing some headlines of its own today with some announcements from its T-Force Gaming brand.

According to TeamGroup, it has already validated its first standard DDR5 U-DIMM and SO-DIMM modules which should be available later this year. With that step out of the way, T-Force has focused its attention on one aspect of performance that enthusiasts care about: overclocking. So far, TeamGroup has only announced DDR5-4800 modules, and it has not given any indication as to how far memory speeds can be increased with overclocking.

However, T-Force explains that "DDR5 overclocking memory has greater room for voltage adjustment, due to its upgraded power management IC." With DDR5, critical PMIC components were moved from the motherboard to the actual memory module for handling voltage conversion. As a result, the PMIC gives users more fine-grained control with overclocking with greater headroom for performance gains. 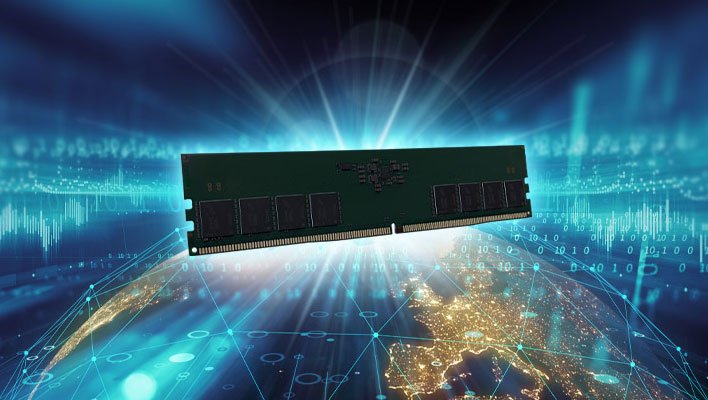 TeamGroup's previous announcements claimed that its 16GB DDR5-4800 modules operate at 1.1V. However, T-Force says that the new PMIC can support overclocked voltages of over 2.6V to eke out higher frequencies. It has been torture-testing overclocked modules with prototype next-generation DDR5-capable motherboards from ASUS, ASRock, Gigabyte, and MSI.

"The strong momentum [T-Force] built with its brand and technology during the DDR4 era will be carried forward into the future as it continues to explore the overclocking limits of DDR5, achieve performances that eclipse previous generations, and enhance the reliability of its product applications," said TeamGroup in a statement. "During this transitory period of DRAM, T-Force is an industry leader, planning for future long-term development and providing the most mainstream DDR5 solutions."

Intel's Alder Lake-S and AMD's Zen 4 processor platforms will be the first to support DDR5 memory, so it will be interesting to see what kinds of leaps in performance we'll see with both. Alder Lake-S will reportedly be officially announced during the second half of 2021, and we'd assume the same for Zen 4 (Ryzen 6000, perhaps).