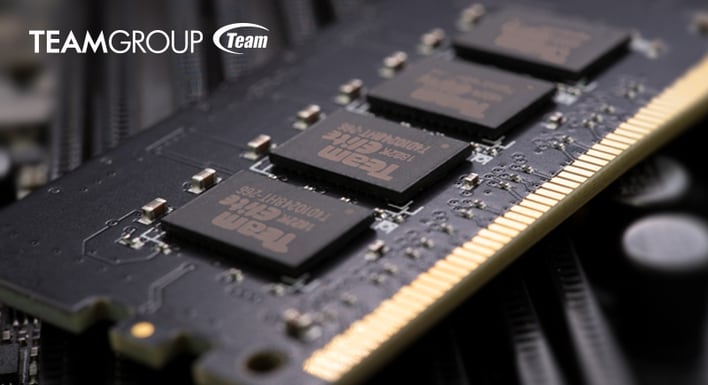 Earlier this month, TeamGroup boasted that its first 16GB DDR5-4800 modules would be rolling out in 2021. The company indicated that it would be coordinating the release of these blazing faster modules with next-generation CPU platforms from leading PC processor manufacturers AMD and Intel.

In the lead-up to an expected Q3 2021 debut, TeamGroup says that it is now in the process of validating its first run of DDR5 modules. As previously reported, these are 16GB modules rated at 4,800MHz with an operating voltage of 1.1V. There is also baked in Error Correcting Code (EEC) support, which is a big upgrade for consumer-level DRAM. At this time, the DDR5 modules are being tested in prototype motherboards from leading enthusiast companies including ASRock, ASUS, Gigabyte, and MSI. And at this point the first consumer CPU platforms to adopt DDR5 memory will be Intel's 12th generation Alder Lake hybrid processors and [likely] AMD's Zen 4-based processors.

"Through the collaboration of R&D teams, TeamGroup was able to accelerate the development of its DDR5 memory by adjusting the initial parameters," the company states. "The successful completion of the validation phase will confirm that the frequencies of standard DDR5 products surpass those of overclocked DDR4 products, and will represent another big step forward in the evolution of computer memory."

One other intriguing side note is that TeamGroup says that users won't need to boot into BIOS in order to turn on DRAM overclocking (think Intel XMP). Instead, the DDR5 modules will automatically perform at their rated speeds without that extra step.

TeamGroup isn't the only company that has its eye on DDR5 modules; as we reported in October, SK Hynix is developing modules with speeds ranging from 4,800MHz to 5,600MHz operating at 1.1V under JEDEC ratings. SK Hynix also says that it will introduce DDR5 modules up to 256GB in capacity using through-silicon-via (TSV) technology.