Microsoft fans who have been waiting in anticipation for the Surface Earbuds to launch will be glad to hear that they have finally turned up at the FCC. Approval from the FCC is typically one of the last things that the manufacturer does before it launches the product, so presumably, the Surface Earbuds are right around the corner.

The FCC listing shows that the Surface Earbuds landed there for testing in January. What we know from the FCC listing is each earbud measures 25mm x 25mm x 19.9mm, and those are the only details being offered up at this time. We do know some of what Microsoft has promised in the past, including up to 24 hours of battery life. The earbuds are also supposed to feature touch and voice controls. 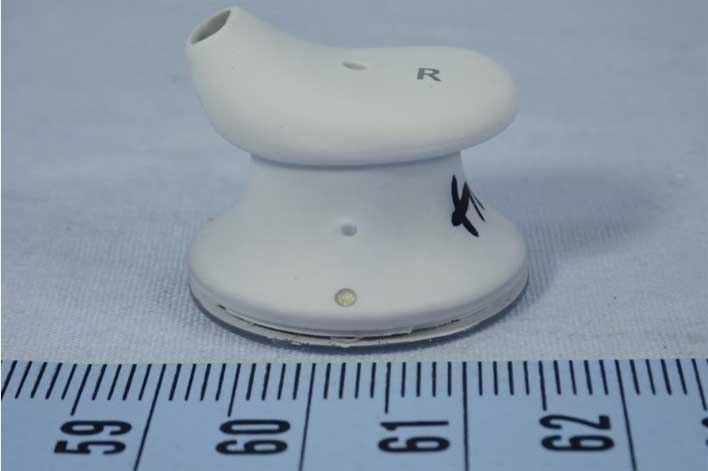 Official Microsoft images, such as the one above, shown that the user will swipe their fingers across one of the buds to control music. Pricing is tipped to be $249 for the pair, and while it's not clear, presumably, a battery charging case will be included as that is customary for devices in this price range.

Another tidbit that should excite people who commonly use voice assistants is that the Surface Earbuds will support Cortana, Alexa, Google Assistant, and Siri along with noise cancellation. Microsoft first showed off its Surface Earbuds in October 2019 and promised that they would launch soon. Microsoft announced it was delaying the launch of the earbuds in November 2019, promising they would land in the spring of 2020.