It feels as if we discover something new about space everyday, much of which challenges our existing understanding of the universe. Many current research projects are especially focused on studying the evolution of stars and their origins. Two particular stars recently piqued astronomers’ interest. Astronomers discovered two stars that are covered in helium burning ashes despite the fact that they should theoretically not be. Two papers about the stars were published in the March 2022 edition of the Monthly Notices of the Royal Astronomical Society.

The stars are referred to as PG1654+322 and PG1528+025. They are located within the Milky Way galaxy and are between 10,000 and 25,000 light-years away from Earth. They look like normal stars that are slowly transforming into white dwarfs from afar, but any similarities end there. 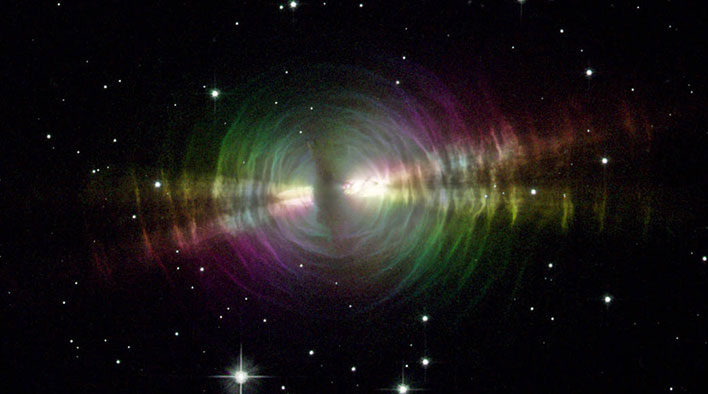 The surfaces of most stars are composed of hydrogen and helium, but the surfaces of these particular stars are instead made up of carbon and oxygen or the “ashes” of helium burning. Carbon and oxygen are typically left behind in the star’s atmosphere once its core has finished burning helium. However, the temperatures and radii suggest that these unique stars are still burning helium. Dr. Klaus Werner of the University of Tübingen in Germany remarked, “These new stars are a severe challenge to our understanding of stellar evolution.”

How do astronomers explain these exceptional stars? It is argued that the stars are the result of a stellar merger event between two white dwarfs. Dr Miller Bertolami of the Institute for Astrophysics of La Plata in Argentina stated, “...we believe that, for binary systems formed with very specific masses, a carbon-and oxygen-rich white dwarf might be disrupted and end up on top of a helium-rich one, leading to the formation of these stars.”