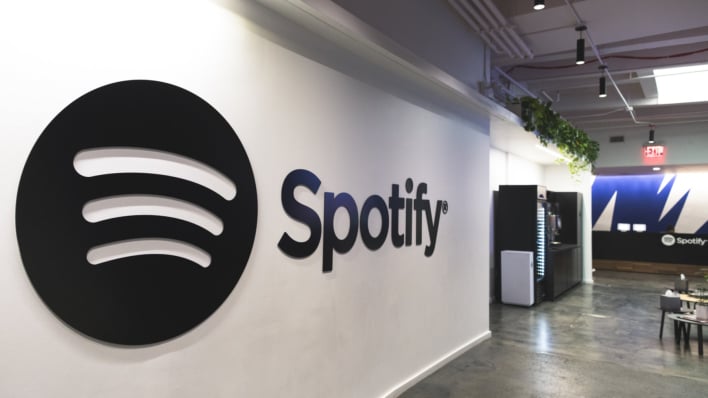 As of late, Apple has been under siege for its business practices with respect to the App Store. Now that Apple is creating a bundled subscription service for their products, Spotify is joining the dogpile by denouncing Apple as “anti-competitive.”

Yesterday, Apple hosted their online event showcasing a new device and a new subscription service called Apple One. This lowest tier subscription, coming in at $15 a month, bundles iCloud, Apple Music, Apple TV+, and Apple Arcade. It appears Spotify has taken issue with this bundle though. Journalist Peter Kafka received a statement from Spotify during the Apple Event which claimed that Apple was being anti-competitive and “threatens our collective freedoms to listen, learn, create, and connect.”

Once again, Apple is using its dominant position and unfair practices to disadvantage competitors and deprive consumers by favoring its own services. We call on competition authorities to act urgently to restrict Apple’s anti-competitive behavior, which if left unchecked, will cause irreparable harm to the developer community and threaten our collective freedoms to listen, learn, create, and connect.

In a statement to Reuters, Apple responded to this sentiment by essentially saying they are not forcing any one option onto consumers. People are free to choose what they like, but the Apple One plan is a solid offering with great value.

Customers can discover and enjoy alternatives to every one of Apple’s services. We’re introducing Apple One because it’s a great value for customers and a simple way to access the full range of Apple’s subscription services. We’ll be recommending the Apple One plan that saves you the most money based on the subscriptions you already have. It’s perfect for anyone who loves any of our services and wants to get more for less, and it’s especially great for families. Also, select services included in Apple One are available to enjoy on non-Apple devices, and you can cancel anytime.

Spotify’s stance is an interesting one to say the least. Previously, Spotify has been bundled with Hulu as part of their subscription plan, so they know the process and the inner workings of doing a TV and music service. It seems they are just going after Apple, because Apple may give Spotify a run for their money. Just because there is new competition does not make Apple anti-competitive because Spotify cannot keep up. Also, now that Amazon is adding podcasts to their music platform, will Spotify go after them the same way?

Perhaps Spotify is joining the bandwagon, or they are legitimately concerned for competition. Either way, both Apple and Spotify have their own merits and downsides to their arguments. As this just seems to be capitalism at play, the consumer will have to decide what provides the better value.