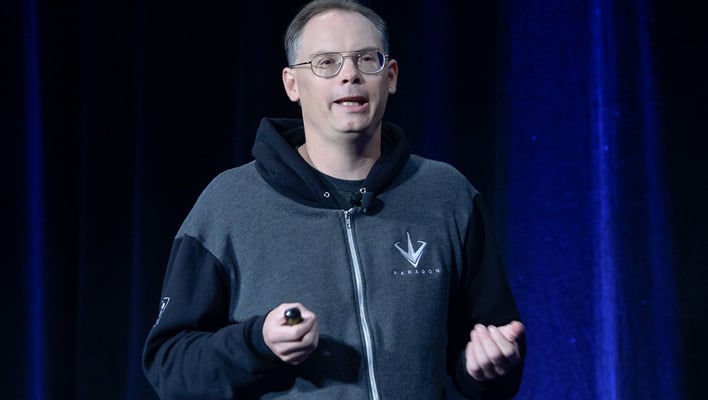 Tim Sweeney is not one to mince words, and if he has a strong opinion on something, he will let it be known. That includes speaking out against big companies and their practices. Microsoft has mostly caught his verbal wrath, though more recently, Sweeney has turned his attention to Apple and Google, saying they exploit Epic Games and other developers, and must be stopped.

His comments are rooted in the current dispute between Epic Games and both Apple and Google, over their respective app stores and the royalties associated with them. The dispute with Apple has dominated the headlines, as the two spar in court. It started when Epic Games suddenly decided to update Fortnite so that players could make purchases from within the mobile app, effectively bypassing Apple's and Google's 30 percent cut.
Both responded by giving Fortnite the boot, and Apple took things a step further by banishing Epic Games from its developer program. Legal battles have ensued (and are ongoing), as well as a war of words.
In speaking with NPR, Sweeney called both outfits a monopoly, and even accused them of "colluding" with developers, in a manner of speaking.
"It's not just Epic being exploited by Apple, but it's every developer who goes along with that scheme colluding with Apple and Google to further their monopoly. These stores are making a lot more money from creative works than the creators," Sweeney said.
Sweeney also disputed claims that the 30 percent cut Apple and Google charge go towards funding employees who make the app stores secure.
"Every Apple engineer who works on these services and ensures that iPhone is the most secure platform in the world has got to deeply resent the business guys for taking credit and claiming that their store monopoly is the reason why the platform is secure. It's just not true," Sweeney added.
It really boils down to a fundamental disagreement over what is an appropriate royalty rate for Apple and Google to charge, and the power they wield as the two biggest app store owners on the planet. Some recent number crunching has Epic Games losing nearly $27 million per month from its Apple App Store ban, which works out to more than $320 million over the course of a year.
How this all ends is anyone's guess.