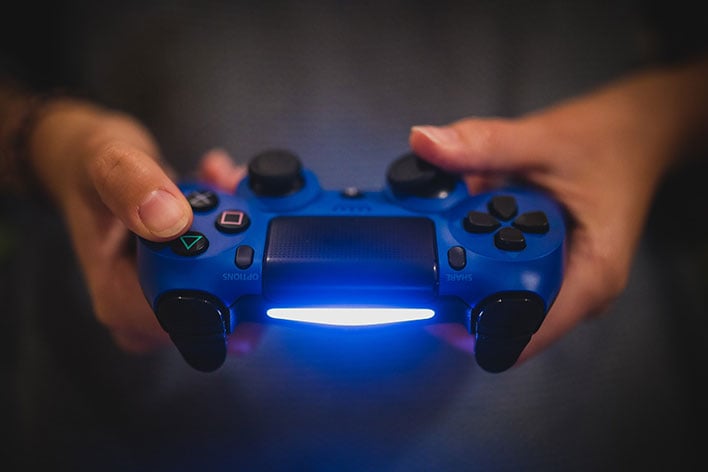 We still have about a year to go before Sony launches its next-generation PlayStation 5 console, which will go up against Microsoft's upcoming Xbox Series X. Little by little, we are learning more about the hardware and features that will comprise the next round of flagship gaming systems. One interesting tidbit that recently emerged is that developers have apparently been praising how easy its is make games for the PS5.
Even though the PS5 will not come out until "holiday 2020," developers already have access to PS5 devkits, so they can program games for launch day (and shortly after). And according to Sony Interactive Entertainment Worldwide Studios president Shuhei Yoshida, developers have been impressed with how easy it is to make games for the console.
That's according to to an interview with Yoshida that appeared in the latest issue of Dengeki PlayStation magazine (Vol. 683). This is not something to be taken for granted. In the interview, Yoshida explained that the PlayStation 3 was the most difficult to develop for, and how the PlayStation 4 was designed to make things easier in that regard.

It seems Sony is continuing that effort with the PS5. As Yoshida explained in the interview, it makes it more difficult for developers to focus on actually making games if they are struggling to cope with complicated hardware, and the PS5 further addresses that potential issue.
That's not surprising to us. The PS5 will be the closest thing to a PC yet, as consoles in general have trended in that direction. From what little Sony has shared so far, we know the PS5 will debut with custom silicon from AMD, combining its Zen 2 CPU cores with its Navi GPU.
Beyond being easy to develop for, Sony system architect Mark Cerny told Wired in April that the PS5 will be backwards compatible with the PS4, as the next-gen console will be in part based on the current-gen console's architecture. It's not clear if backwards compatibility will extend to previous consoles as well, and namely the PlayStation 3, but barring a change, PS4 games should work just fine on the PS5.

Real-time Raytracing On The PlayStation 5

One thing we also know is that the version of Navi going in the PS5 will feature hardware-based support for real-time raytracing. This is big deal, because currently real-time raytracing is only feasible on PCs powered by NVIDIA's GeForce RTX series (certain GTX cards technically support the feature, but lack the dedicated hardware makes it difficult to generate playable framerates in most cases). Developers are excited about the prospect of raytracing on the PS5.
"With the current-generation tech, a lot of the in-game reflections are made using ‘reflection spheres’, which are not very accurate. When placing a light in a scene we add additional ‘light bounces’ to make it look believable," Stefania Hernandez, lighting artist at IO Interactive, told GamesRadar. "The new ray tracing technology produces accurate light bounces, reflections, and shadows bringing out many of the details in 3D environments. This makes the overall picture look and feel much more realistic."
For gamers, real-time raytracing support on next-gen consoles should finally usher in broader support in games. Things are certainly improving on the PC, but there are still many more games that don't support raytracing, than ones that do.
Development studios are also stoked about having more power at their disposable, to implement fancier art (with our without raytracing).
"When it comes to pure art budget, CPU power isn’t a huge bottleneck we think about a lot. There are, of course, some things that affect art which are on the CPU, but by and large the GPU does all of the heavy lifting," Marco Barrettara, a 3D level artist at Ubisoft Toronto, told GamesRadar. "From what we’ve seen so far, the clock speed of a Navi-equivalent GPU won’t be a massive amount faster than existing console hardware, but even a difference of, say, 10 percent to 15 percent in GPU compute power could mean a lot of smaller improvements across the board that lead to better-looking games."

According to Barrettara, this brings the console closer to the burlier PCs that developers actually use to develop on, or high-end PCs that gamers with big budgets either buy or build.
"Realistic art styles have the most to gain from pushing the envelope on the tech side, without a doubt. On the other hand, though, there are ways that other art styles and workflows can benefit indirectly," Barrettara added.
It remains to be seen how much of an upgrade to the gaming experience the PS5 (and Xbox Series X) truly brings to the table. That said, in addition to raytracing and better art, we could be looking at improved audio (the custom AMD chip in the PS5 has a custom sound unit on it), and of course faster load times and smoother landscape transitions, courtesy of the high-speed SSD that will be used in the next-gen console.