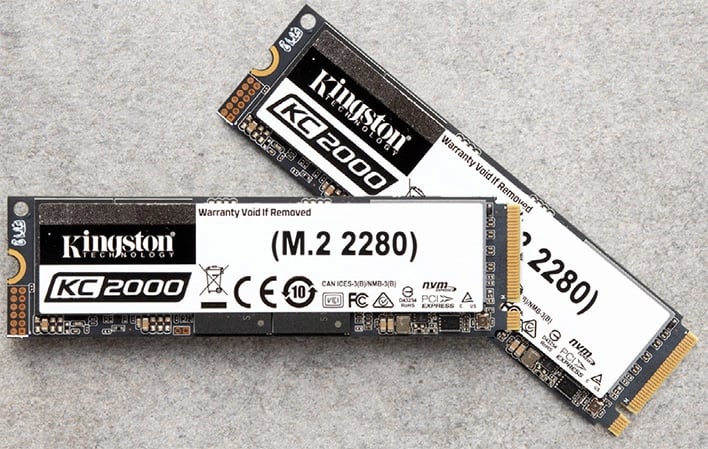 Buying a solid state drive right now is not a bad idea, with all of the Prime Day deals happening (at Amazon and other retailers as well). But if you decide to wait a bit, you might be rewarded with even lower prices. Same goes for RAM. A continued oversupply of memory chips is the reason, with average selling prices (ASPs) predicted to decline even further this quarter.
This is good news for consumers. We have already seem RAM and SSD prices come down quite a bit over the past year or so, in what has been a somewhat volatile market. If you are building a PC today (or soon), it is completely feasible to splurge on a 32GB DDR4 memory kit and a fast 1TB NVMe SSD without taking out a second mortgage.
Interestingly enough, recent US sanctions against Huawei are helping prices from outright tumbling, as other smartphone makers stock up on chips in an effort grab some of the phone maker's market share. But in the server market, customers already have a high inventory level, which could push server DRAM prices down this quarter.
"By the end of this year, prices for mainstream 32GB modules are also projected to reach about US$100-110, which is close to the previous cyclical downswing’s lowest point. All in all, overall DRAM ASP is projected to decline by about 10 percent in 4Q20," TrendForce says.
According to TrendForce, there has also been weaker demand for SSDs from server manufacturers. As a result, the market research firm anticipates a 10-15 percent drop in enterprise SSDs in the fourth (current) quarter.

"Looking ahead to 1Q21, the decline in DRAM ASP is expected to significantly narrow, thanks to increased stock-up demand from purchasers. Conversely, the abundance of NAND Flash suppliers and persistently high level of supply bits will likely widen the decline in NAND Flash ASP, resulting in a 15 percent QoQ decrease in 1Q21," TrendForce adds.
Granted, server and consumer markets are separate from one another. So even if server RAM and SSD pricing plummets this quarter, there is no guarantee that the same will be true of consumer RAM and SSDs. At the same time, it is still all about inventory levels, and if there is an oversupply of memory chips on the manufacturing side, there is a good chance that prices will fall across the board, not just in enterprise markets.
The other thing to consider is that Black Friday and Cyber Monday deals are right around the corner. As we have seen in recent years, this has turned into a holiday deals season, rather than just a single day or weekend of bargains. That's all to say, if you did not score a RAM or SSD deal for Prime Day, don't sweat it—pricing should remain attractive at least through the end of the year, one way or another.