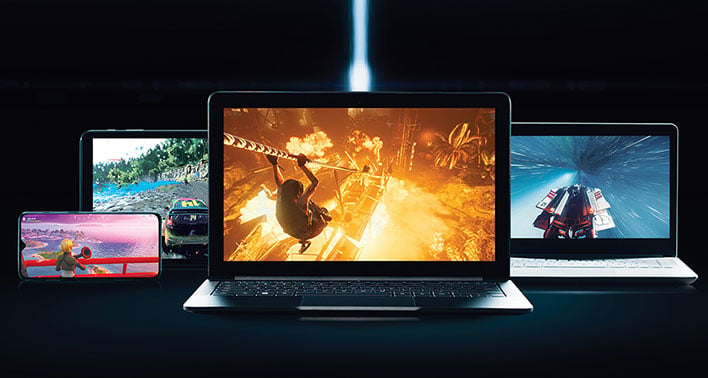 Cloud gaming is quickly becoming a high stakes affair, and companies both big and small are figuring out how to navigate the landscape. We have seen Google make big promises with its Stadia platform, NVIDIA roll its GeForce NOW service out of beta and into the public spectrum, and now Shadow is announcing some key changes to its own platform, including a significant price cut for its entry-level tier.
Shadow now starts at $11.99 per month in the United States, if paying annually ($14.99 per month otherwise). That is down from $24.99 per month previously.
This gets subscribers into the French-startup's Boost tier, which provides cloud access to a GeForce GTX 1080 GPU, a quad-core CPU clocked at 3.4GHz, 12GB of RAM, and 256GB of storage. It's basically a complete PC in the cloud. For those who cannot afford high-end hardware and would rather not absorb the front-end cost of a new PC, Shadow offers a promising alternative. 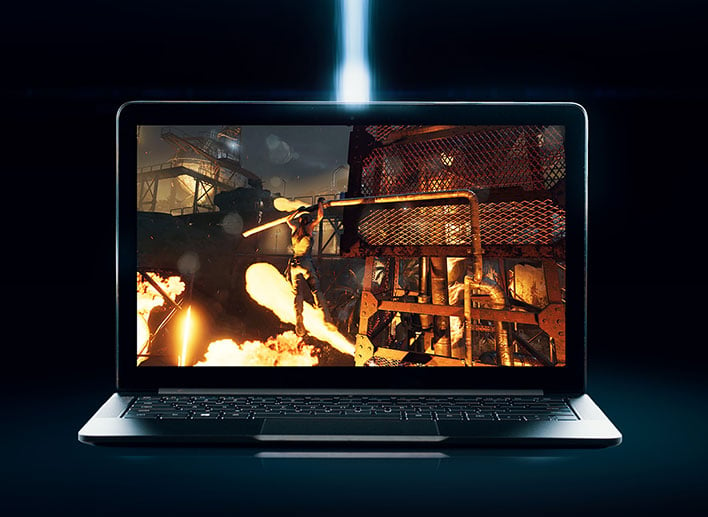 "Shadow’s agnostic Windows 10 platform makes it possible for a user to play any video game, including newly released titles, or run any software, from virtually any device, anywhere. Shadow has worked hand-in-hand with its users to enhance its performance and adapt its product offering, ultimately leading to three new subscription options," Shadow says.
In addition to the Boost tier, Shadow offers an Ultra tier for $24.99 per month if paid annually ($29.99 per month otherwise), and an Infinite plan priced at $39.99 per month on an annual basis ($49.99 per month otherwise).
The Infinite tier includes access to a GeForce RTX 2080, a quad-core CPU clocked at 4GHz, 16GB of RAM, and 512GB of storage. Shadow says it can support up to 4K gaming with real-time ray tracing support. The Infinite tier bumps things up to a Titan RTX, six-core CPU clocked at 4GHz, 32GB of RAM, and 1TB of storage.

How Is Shadow Different From GeForce NOW And Stadia?

Cloud game streaming is drawing all kinds of attention these days with the roll out of Stadia and GeForce NOW. Stadia requires purchasing a game specific to that platform. So even if you already own a game on Steam or wherever else, you would need to purchase another copy (or license, to be more accurate) to play it on Stadia.
GeForce NOW is different. NVIDIA does not sell any games through its service, it simply provides the cloud platform for playing them. Gamers have found the idea enticing because GeForce NOW negates the need to purchase a high-end PC to play supported games. Therein also lies the rub, though. A handful of publishers are failing to see how this can be a win-win for all involved, and have yanked their games from GeForce NOW, presumably because they want a cut of the subscription pie.
In theory, this should not happen with Shadow. For one, it's technically not 'just' a gaming service—users are renting a PC in the cloud, and can use it for whatever they want, games or otherwise. And secondly, there is no catalog of games for Shadow to maintain, as NVIDIA must do with GeForce NOW. In that regard, there is not straightforward way for publisher to pull games from the service. 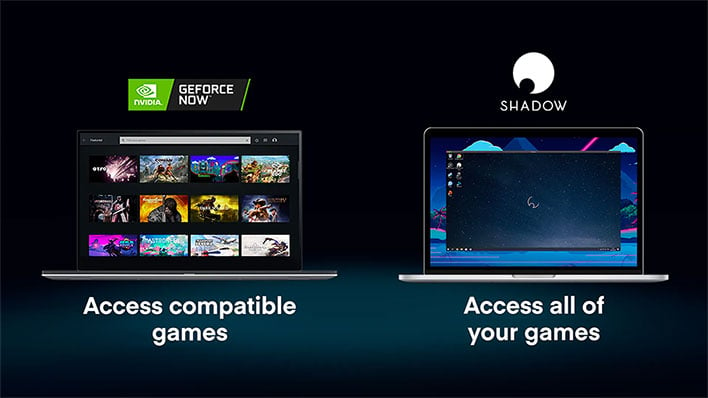 "What if the games were yours? Not “kinda” yours. Not 'maybe' yours. 100 percent yours. Let us introduce ourselves. We are Shadow. Also a cloud-based streaming service, except you have complete ownership. How is it different, you might ask? Well, that’s simple. Because it’s your PC. It’s not a catalog that we adjust. We stream you an entire PC in the cloud (for a fraction of the upfront cost of a powerful gaming PC). Every game you purchase is yours. There is no limitation of session duration. And you don’t have to worry about canceling the service and losing anything you have bought, because they are connecting to your actual accounts," Shadow explains.
In a blog post on the topic, Shadow outlines how its service is different from GeForce NOW, and does it without throwing shade at NVIDIA's service. To the contrary, Shadow claims it is genuinely "excited that so many larger players also believe in the value of cloud-based streaming."
Shadow is basically a virtual PC, and users can run whatever they want on it—Photoshop, Office, games, and so forth. Of course, gaming is the big focus, and how well it received will depend on things like lag and whether or not publishers find a way to ruin the fun.

Shadow Partners With LG, Tests VR Gaming, And Can Be Used On Various Devices 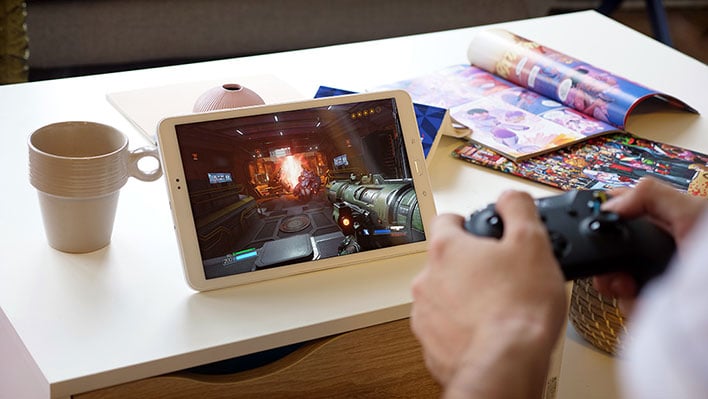 In addition to lower pricing, Shadow made two other announcements. One is that it is beta testing virtual reality gaming in the cloud through its VR Exploration program. The idea is to enable access to VR experiences on headsets that would normally require a high-end PC.
The second announcement is a partnership with LG, which has taken an equity stake in Shadow, as well as upcoming projects that will connect Shadow services with LG's various products. It remains to be seen how that will play out, but it is interesting nonetheless.
Shadow can be played on a variety of devices, including TVs and mobile gadgets. At present, it offers client software for Windows, macOS, Android, Android TV, iOS, and Linux, and has one for tvOS in development.
Head over to Shadow's website to learn more and/or to subscribe.