Senate Committee Charges Ahead With Amped-Up $12,500 EV Tax Credit, But There Are Caveats

EVs currently account for a low single-digit percentage when it comes to new vehicle sales in the United States. The Biden administration wants to boost the take rate significantly by weaning Americans off gasoline- and diesel-engine cars and trucks. However, something needs to be done about the current tax credit situation, which currently penalizes automakers that were early adopters in the EV revolution.

The U.S. Senate Finance Committee has approved the "Clean Energy for America" bill – along party lines -- to boost the current federal EV tax credit from $7,500 to a more generous maximum of $12,500. In addition, the legislation would eliminate the current 200,000 vehicle phaseout limit for automakers. 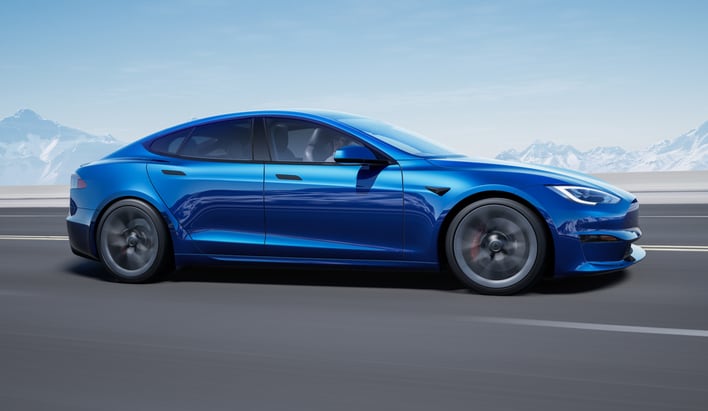 The removal of the limit is particularly noteworthy because both Tesla and General Motors long-ago exhausted their 200,000 vehicles-sold limits. Tesla blew through the 200,000 sales shortly after the launch of the Model 3. GM surpassed the limit due to solid sales of the first- and second-generation Chevrolet Volt.

The credit program would be in place until half of all new vehicles sold in the U.S. are electric. Once that threshold is reached, the credit would phase out over three years.

However, several sticking points would limit the scope of the federal credit. For starters, the tax credit would only apply to vehicles with a retail price below $80,000. We assume that the thought is that if you can afford a car over $80,000, you probably don't need a $12,500 credit on your taxes.

As for the $12,500 maximum, it's only offered for EVs that are manufactured in the U.S. with union labor. That means Ford's new 2022 F-150 Lightning would qualify for the full amount since union workers in Michigan assemble it. If the EV is made in the U.S., but not with union labor, then the maximum credit falls slightly to $10,000. The current $7,500 tax credit would remain in place for all other eligible electric vehicles.

Vehicles like the California-assembled Tesla Model 3, Model Y, and Model S Long Range would be eligible for up to a $10,000 credit, while the $89,990 Model X wouldn't be eligible for any credit. The Ford Mustang Mach-E is assembled in Mexico, which means that it would only be eligible for a $7,500 credit.

According to Reuters, the total cost of the "Clean Energy for America" bill will be $31.6 billion through the year 2031. However, while the bill advanced in committee, it still must be passed by both the House and the Senate before it goes before President Biden to sign into law.