Ford officially announced its Mustang Mach-E back in mid-November as its first, all-new "from scratch" electric vehicle. Although some have balked at the Mustang name being slapped onto an electric vehicle, you can't ignore that fact that it is a generally agreeable design with a decent specs.. for an EV.

Today, Ford is giving us some statistics on pre-orders for the Mach-E, and they shouldn't be too surprising. Given that early stakeholders are likely the ones that don't mind paying full sticker price and want a vehicle loaded up with options, Ford has revealed that 80 percent of U.S. customers have opted for the long-range battery when configuring the Mach-E. 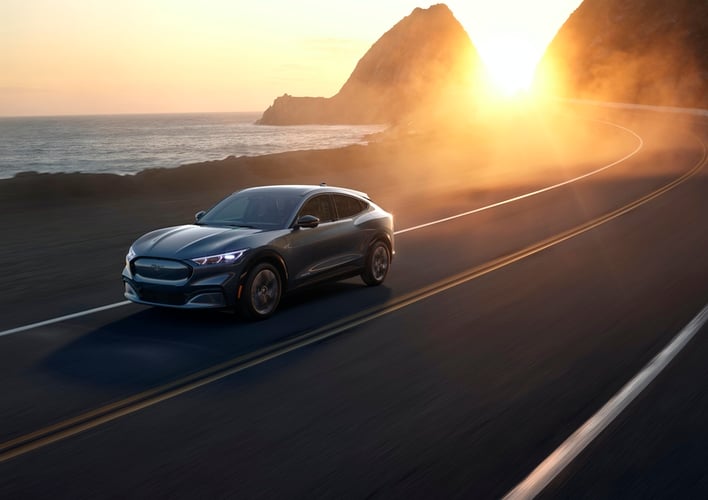 With the long-range battery, rear-wheel-drive Mach-Es can travel over 300 miles per charge. Checking all-wheel-drive on the option sheet drops that range down to a still respectable 270 miles. In addition, out of all Mach-E pre-orders, Ford says that 55 percent of customers are opting for all-wheel-drive across all battery configurations.

Like the "standard" Mustang -- which is powered by dyno juice -- the Mach-E is available in a wide variety of colors. However, customers have been most drawn to Carbonized Gray (38 percent), with Grabber Blue Metallic occupying the second-place spot (35 percent). Sitting in third was Rapid Red at 27 percent. 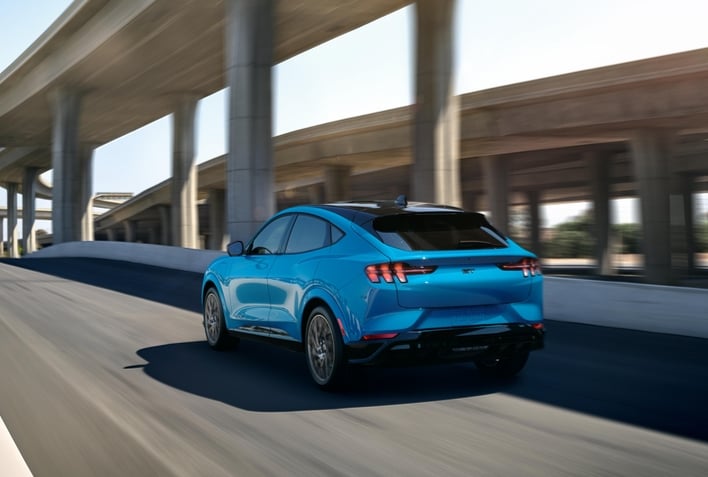 One other statistic that Ford laid on the table is that nearly 30 percent of pre-orders have been for the Mach-E GT. The Mach-E GT is the most expensive member of the family with a base price of $60,500. 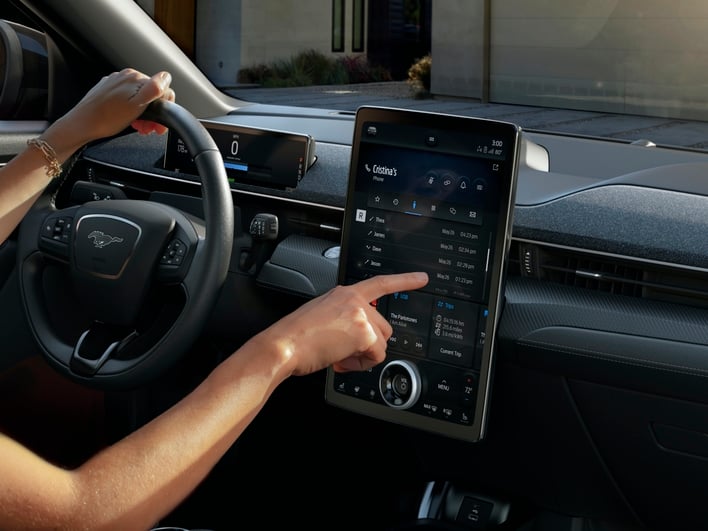 The entry-level Mach-E is a rear-wheel-drive EV with 255 horsepower and 306 lb-ft of torque. It features a 75.7 kWh battery delivering a range of 230 miles. The AWD option adds a second motor, and reduces range to 210 miles. Opting for the 98.8 kWh battery pack brings a more powerful 282 horsepower motor and "at least" 300 miles of range. AWD raises output to 332 horsepower, while range drops to 270 miles. Those opting for the dual-motor Mach-E GT will get a total of 459 horsepower and 612 lb-ft of torque.

Base pricing for the Mustang Mach-E starts at $43,895, and the first units will be delivered to customers in late 2020.