Ford’s F-150 has been the best-selling pickup truck in the United States for the past four decades. So, it should come as no surprise that when Ford officially revealed the all-electric F-150 Lightning last night and began taking reservations, that there would be a lot of interest.

Ford CEO Jim Farley said in an interview this morning that within the first 12 hours, the company accumulated a staggering 20,000 reservations for the pickup truck. “This is America’s bestselling vehicle, so if there’s one vehicle that’s going to give us an indication of whether these EVs are going to take off, it will be this Lightning,” said Farley while speaking with CNBC. 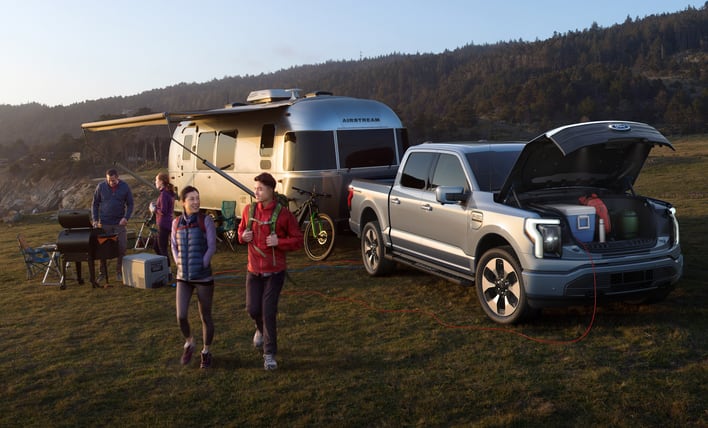 While the number of reservations is high, we must also consider that Ford is only asking that customer fork over $100, and the amount is refundable. You can get in line by visiting Ford’s reservation site.

The F-150 Lightning starts at $39,974, but that’s for what would be considered a “fleet” model primarily aimed at businesses and contractors that need a basic truck. This model will likely be stripped down to the basics and won’t include many frills. The truck will come standard with a dual-motor setup with 426 horsepower and 775 lb-ft of torque. The driving range will come in at 230 miles. 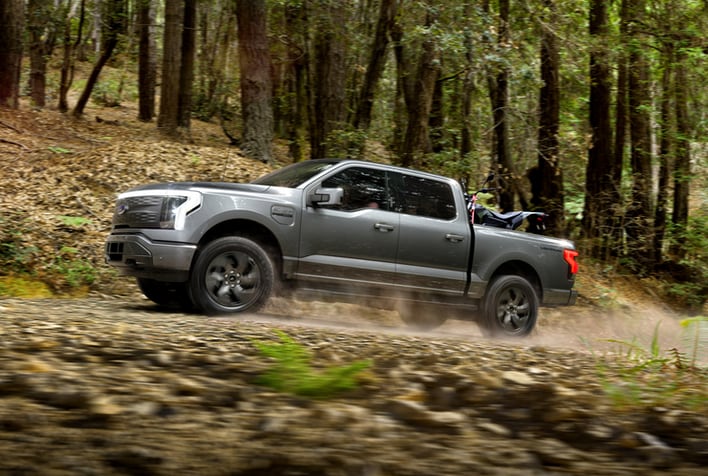 However, the magic starts happening with the F-150 Lighting XLT, which will be the volume seller. It is priced from $52,974 and will be available with either the standard range (230 miles) or extended-range (300 miles) battery packs. The 300-mile battery will get 563 horsepower and the same 775 lb-ft of torque.

Standard features include LED headlights, a power-operated hood and lift-assist tailgate, Android Auto/Apple CarPlay, a 12-inch instrument cluster, a 12-inch infotainment display, and running boards. A 2.4 kW Pro Power Onboard system is standard for powering appliances, while the 9.6 kW version is optional. 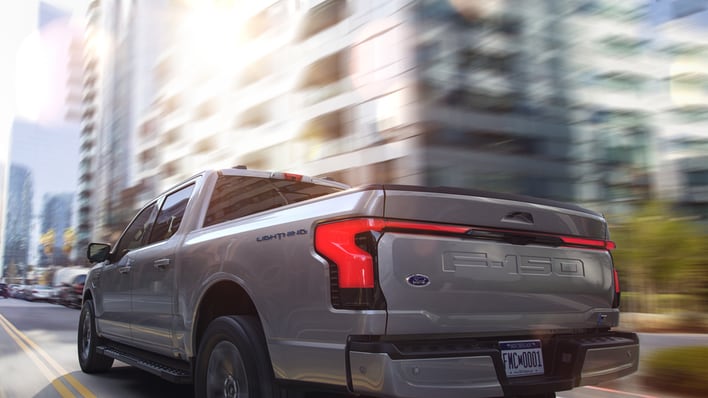 The F-150 Lightning Lariat adds more luxury items like a standard leather interior, Bang & Olufsen audio, heated and cooled seats, a 15-inch portrait-oriented infotainment display, power opening/closing tailgate, and up to 20-inch wheels. Pricing is not yet available on the Lariat.

At the top of the totem pole is the F-150 Lightning Platinum, priced from $90,474. It will throw everything in but the kitchen sink regarding features and amenities (including up to 22-inch wheels). It will feature all available safety and technology packages as standard equipment along with the towing package. It will also include upgraded leather seats with a massaging feature and the ability to use your smartphone as a key to enter/operate the vehicle.

The Ford F-150 Lightning will enter production in Spring 2022.