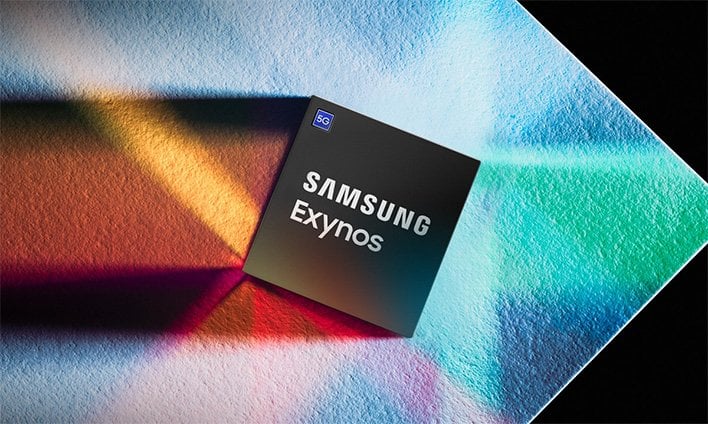 When it comes to mobile SoCs for Android smartphones, there's Qualcomm, and then there's everybody else. Sure, there have been some challenges from the like of HiSilicon, MediaTek and Samsung, but Qualcomm has for the most part held the performance/features edge with its broad Snapdragon portfolio.

Samsung, however, is looking to change that with its next-generation Exynos SoCs, especially when it comes to its flagship offerings. The South Korean electronics giant is reportedly working on a high-end chip codenamed Olympus according to the Yonhap News Agency, which would offer a significant boost in performance compared to existing Exynos chips. More importantly, it is expected to significantly close the gap between it and Qualcomm's flagship SoCs like the Snapdragon 865/865+ and the upcoming Snapdragon 875.

This revelation hails from KTB Investment & Securities analyst Kim Yang-jae, who claims that these performance gains will come due to the fact that Samsung will be using Arm-designed cores instead of its own custom cores. If you recall, Samsung jettisoned its custom Mongoose CPU team which was in charge of Exynos SoCs. You would think that a dedicated team would be able to extra more performance from Arm designs -- just look at Apple's A-Series chips and upcoming Apple Silicon -- but apparently Samsung's internal team was holding it back.

If Samsung can achieve performance parity with Qualcomm's top Snapdragon offerings, the traditional 50/50 split in Qualcomm/Exynos chip deployments in devices like the Galaxy S and Galaxy Note families could swing more in favor of Exynos. After all, it would be in Samsung's best interests to source its own chips to cuts costs than to pay Qualcomm.

And in the near future, Samsung could actually have a performance advantage, at least on the graphics side, when it starts incorporating AMD Radeon IP into its chips.

Despite its size, Samsung is currently in third place when it comes to SoCs used in mobile devices. Qualcomm unsurprisingly is in first place with 33.4 percent of the global market, while MediaTek is in second place with 24.6 percent. Samsung, however, is further behind with a 14.1 percent share according to Counterpoint Research.