Samsung SSDs, USB Drives And Memory Cards Are Up To 71% Off With These Early BF Deals

The Black Friday and Cyber Monday shopping season is one of the best times to stock up on PC hardware and electronics in general, as deals come in fast and furious. You don't have to wait, though. Over the weekend, for example, we highlighted a bunch of early Black Friday 4K TV and streamer deals, and now we're turning our attention to bargains on a swath of Samsung storage devices.
First on tap is the Samsung 980 SSD. This comparatively affordable NVMe SSD drive line is now cheaper than ever with Amazon selling the 1TB model for $79.99. That's 43 percent below its list price, and around $20 less than it had generally been selling at for around the past six months.
This is a PCIe 3.0 drive that is rated to deliver up to 3,500MB/s of sequential read performance and up to 3,000MB/s of sequential write performance. While not on par with most PCIe 4.0 models, it's still plenty fast for most tasks 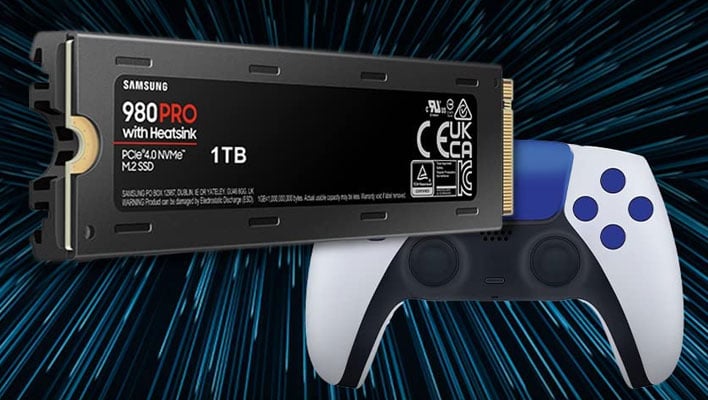 If you're wanting to go both bigger and faster, you can score a 2TB Samsung 980 Pro SSD (with heatsink) for $189.99 at Amazon. That's listed as a savings of $210 over its list price, though that's a bit optimistic on Amazon's part. Nevertheless, this is the lowest price to date and by at least $30.
Leveraging the PCIe 4.0 bus, the 2TB model is rated to deliver blistering-fast 7,000MB/s sequential reads and 5,100MB/s sequential writes. The caveat is that you'll need a PCIe 4.0 platform to take full advantage of the drive's potential, though it will still work in PCIe 3.0 systems (it just won't hit its rated speed).
This one comes with heatsink, and it's also compatible with Sony's PlayStation 5 console. Check out our guide on how to upgrade your PS5's storage if you're wanting to go that route. 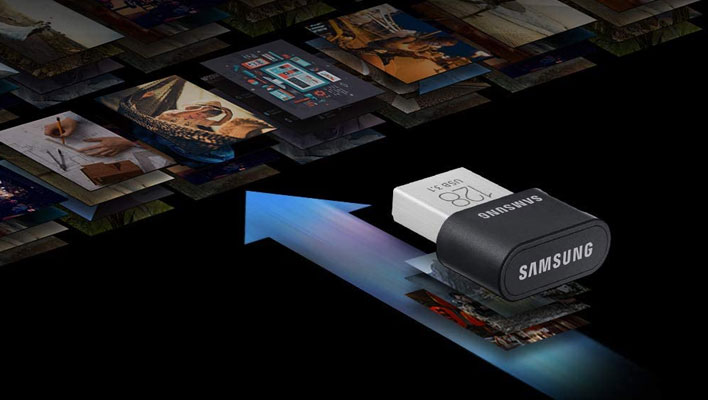 It's not just SSDs that are on sale. For example, you can bag a Samsung FIT Plus 256GB USB flash drive for $24.99 right now. That's 71 percent off the list price, and like the other storage deals highlighted above, it's the cheapest this drive has been on Amazon.
The FIT Plus is a rather compact USB 3.1 flash drive that offers read speeds of up to 400MB/s (applicable to the 256GB and 128GB models, versus 300MB/s for the 64GB model and 200MB/s for the 32GB model). Samsung also claims it's "waterproof up to 72 hours in seawater and shock-proof up to 1,500 gravitational acceleration," as well as being able to withstand -25C to 85C temps while in use (and -40C to 85C when not in use).
Here are some other Samsung storage deals that worth checking out...
There are other Samsung storage deals to browse in addition to the ones we highlighted. Also note that additional capacities within most of the models mentioned are marked down as well.