It’s been a mixed year for Samsung when it comes to smartphone sales. The company launched the Galaxy S21, Galaxy S21+, and Galaxy S21 Ultra in January 2021, but sales have been lackluster. According to research from Counterpoint Research, Galaxy S21 family sales were down 20 percent through its first six months compared to the Galaxy S20, making it the slowest-selling release since the Galaxy S5 in 2014.

However, things are looking more positive for Samsung regarding its Galaxy Z Fold 3 and Galaxy Z Flip 3. These are Samsung’s third-generation folding smartphones, and early reports already indicated that the devices came charging out of the starting gate. Now, a new report from The Korea Herald confirms that the new foldables have exceeded Samsung’s sales expectations.

Samsung confirmed that the two smartphones, which launched on August 11th in their home market of South Korea, have already surpassed 1 million units sold. The combined smartphones are reportedly only bested by the Galaxy Note 10 and Galaxy S8 in their speed to hit the 1 million mark. 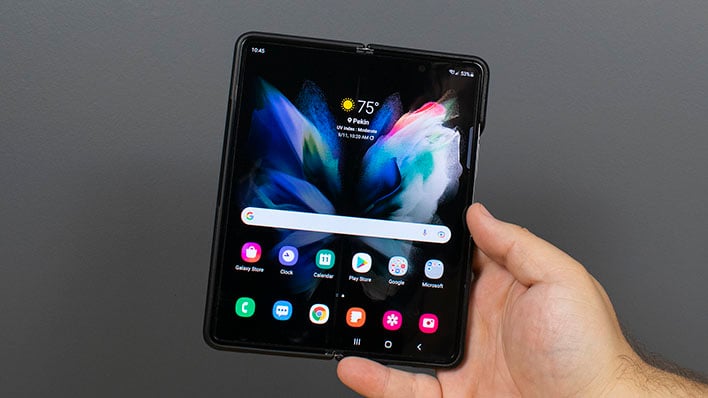 “Preorders for new Galaxy Z smartphones reached 920,000 units in a seven-day reservation period here, and 270,000 of them were activated on the first day of the preregistration period,” writes The Korean Herald. “[This was] a record number for any smartphone device in Korea.”

Have any of you HotHardware readers out there purchased either of these third-generation foldables yet? What are your thoughts after playing around with the phones for an extended period? For those that don’t have the phones in hand, be sure to check our separate reviews of the Galaxy Z Fold 3 and Galaxy Z Flip 3.