It looks as though Samsung has a hit on its hands with its latest folding Android smartphones: the Galaxy Z Fold 3 and the Galaxy Z Flip 3. As their names imply, these are third-generation folding phones. Hence they bring a bevy of functionality and usability benefits over their predecessors.

Most importantly, pricing is trending down for the smartphones. The Galaxy Z Fold 3 is $200 cheaper than its predecessor (now starting at $1,799), while the Galaxy Z Flip 3 has dropped a staggering $450 to just $999. According to The Korea Herald, home market preorders for the two smartphones combined reached 450,000 units as of Sunday. However, according to industry sources, that figure could top 800,000 units once preorders for unlocked phones are lumped into the tally.

To put those numbers into perspective, the Galaxy Z Fold 2 preorder total only reached 80,000 units in South Korea last year. Even more startling is that the combined Galaxy Z Fold 3/Z Flip 3 figures are 2x that of the Galaxy S21 and 1.5x the Galaxy Note 20. We previously heard that Galaxy S21 sales have been disappointing for Samsung, and these numbers appear to back that assumption. 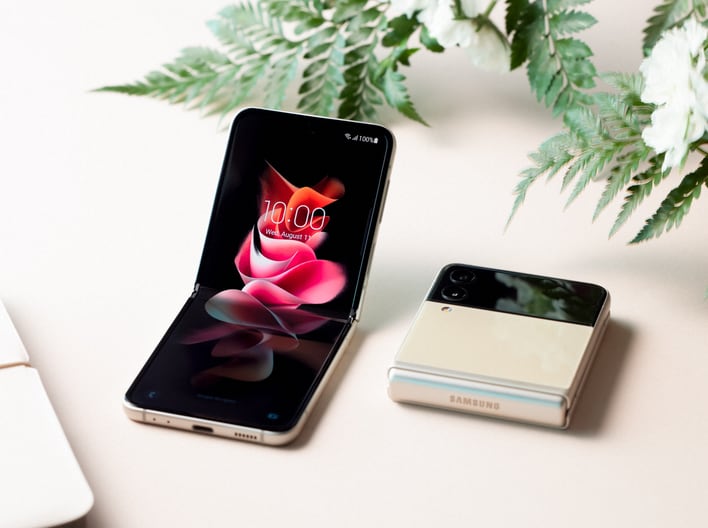 “With the demand for new smartphone models growing (in the local market), Samsung’s discounted foldable phone lineup will quickly take over the popularity of its Galaxy Note series,” said an industry source speaking with the publication.

It’s easy to see why South Korean customers are flocking to the new folding smartphones, especially the Galaxy Z Flip 3. Given its $999 price point, we’d imagine that the lion’s share of the 800,000-unit figure is attributed to that cheaper device. Both smartphones come equipped with Qualcomm’s Snapdragon 888 with up to 12GB of RAM (8GB for the Z Flip 3) and up to 512GB of storage (256GB for the Z Flip 3).

Samsung also equipped the devices with fast 120Hz displays, excellent cameras and made them both IPX8 rated for water resistance. Unfortunately, the phones have no dust resistance, as dirt, sand, and grit could easily wreak havoc with the display hinge mechanism.

Are the Galaxy Z Fold 3 and Galaxy Z Flip 3 enough to make you consider switching to a folding smartphone? Tell us your thoughts in the comments section below.