In a huge win for right-to-repair advocates, Samsung is teaming up with iFixIt on a self-repair program that will give Galaxy device owners easier access to genuine replacement parts, repair tools, and step-by-step guides. The initiative is part of a broader effort to "promote a circular economy and minimize e-waste." It's also the only program of its kind that we're aware of on the consumer side.

"At Samsung, we’re creating more ways for consumers to extend the lifespan of our products with premium care experiences," said Ramon Gregory, Senior Vice President of Customer Care at Samsung Electronics America. "Availability of self-repair will provide our consumers the convenience and more options for sustainable solutions."
Full details of the program are not yet available, though Samsung said it will include its most popular models, including it's Galaxy S21 and Galaxy S20 phones, and Galaxy Tab S7 tablet. 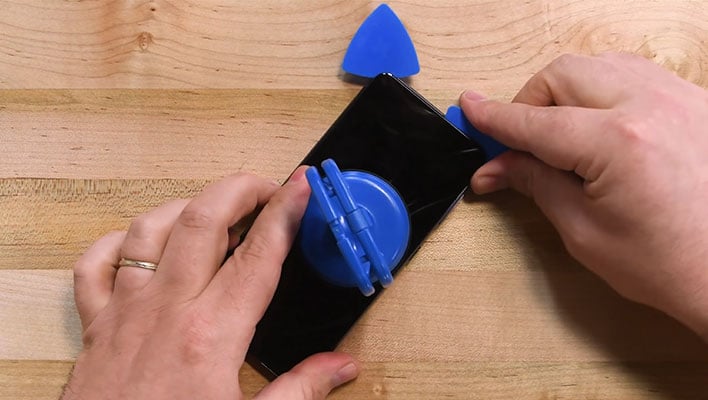 At the outset, the self-repair program will enable Galaxy device owners to replace display assemblies, the back glass, and charging ports on their phones and tablets. The broken parts can then be returned to Samsung "for responsible recycling," presumably with a return shipping label included (though we're speculating on that part). The program will evolve over time to include more devices and parts.
As for the collaboration with iFixIt, it makes a lot of sense. This is right in iFixIt's wheelhouse, which is in unique position to put together custom repair kits and instructions on how to navigate the inner and outer assemblies that comprise these devices. The teardown specialist also shares Samsung's desire to reduce e-waste.

"We are excited to be consulting with Samsung to help them develop a solution for DIY parts and repair information," said Kyle Wiens, CEO of iFixit. "Every time you fix a device, you’re helping the planet."
This also highlights a difference in philosophy between Samsung and Apple, to some extent. At times it feels as though Apple has begrudgingly given in to the right-to-repair movement rather than more fully embracing it. For example, Apple only recently relented on allowing Face ID modules to be repaired without necessitating a wholesale device replacement.
That said, Apple did announce its own self-repair program at the end of last year. However, it has yet to manifest (Apple said early 2022), and when we reached out to iFixit CEO Kyle Wiens at the time of the announcement, he raised some potential concerns.
"We won't know details until we can analyze the legal terms and test the program. For now, the catch is that the IRP software requires that Apple provision a part that they sell. You can't swap the screens between two iPhones and then calibrate them with their service software. That's an issue for recyclers, refurbishers, and anyone else accustomed to harvesting parts to perform repairs," Wien said.
We're assuming Apple still plans to putting the program in motion. Meanwhile, Samsung will kick off its collaborative self-repair program with iFixIt this summer.