At long last, Apple is embracing the right to repair movement by graciously allowing owners of certain iPhone models to fix their own hardware without interference. This raises the questions, has hell finally frozen over? Not so fast—my initial reaction to the news is that this is a double-edged sword. Let me break it down.
Apple's new Self Service Repair program sounds friendly enough, and the cartoonish images adorning the official announcement paint a rosy picture of what's taking place. In the announcement, Apple explains it will "allow customers who are comfortable with completing their own repairs access to Apple genuine parts and tools."
The program is getting off the ground with the iPhone 13 and iPhone 13. Then "soon" after Apple will add M1-powered Mac systems to the mix. There's no mention of older iPhones or iPad tablets, but depending on how things go, an expansion into those territories is not out of the realm of possibility. Or at least I hope not.
This will roll out in phases, the first of which will focus on the display, battery, and camera. Apple says these are the most commonly serviced parts, so it makes sense to start with those components before expanding to include "additional repairs" sometime in 2022. 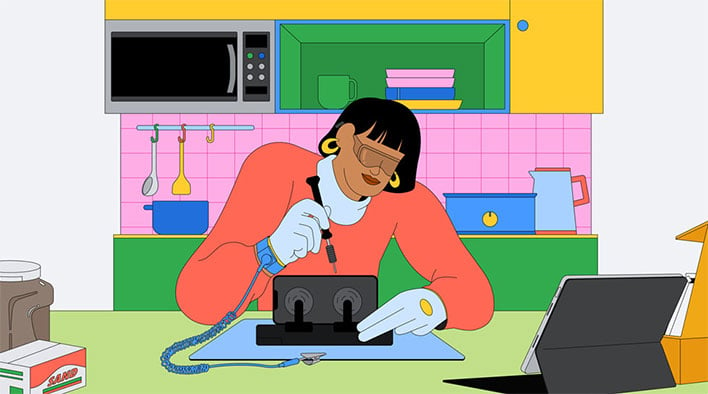 "Creating greater access to Apple genuine parts gives our customers even more choice if a repair is needed," said Jeff Williams, Apple’s chief operating officer. "In the past three years, Apple has nearly doubled the number of service locations with access to Apple genuine parts, tools, and training, and now we’re providing an option for those who wish to complete their own repairs."
This is all great, though my concern is what kind of devil lurks in the details. After all, this is the same company that just recently came under fire for killing its Face ID feature when replacing a cracked screen outside of an authorized repair shop, even if using genuine parts. Apple is in the process of backtracking on that stance via a future software update, but the fact that it was ever an issue gives you a glimpse of its ideology (up to this point) on this kind of thing.

I reached out to the right to repair champions at iFixIt for their thoughts on the situation, who note in a blog post of their own that Apple's Self Service Repair initiative is being modeled after its "infamously restrictive Independent Repair Provider" program. In an email, company CEO Kyle Wiens said "making service manuals available to consumers is exactly the right thing for Apple to be doing" and is "proud of Apple for making this change." But he also raised some potential concerns.
"We won't know details until we can analyze the legal terms and test the program in January. For now, the catch is that the IRP software requires that Apple provision a part that they sell. You can't swap the screens between two iPhones and then calibrate them with their service software. That's an issue for recyclers, refurbishers, and anyone else accustomed to harvesting parts to perform repairs," Wien said.
He also noted that Apple "pioneered glued-in batteries and proprietary screws" as it now takes the "first steps on a path back to long-lasting, repairable products." 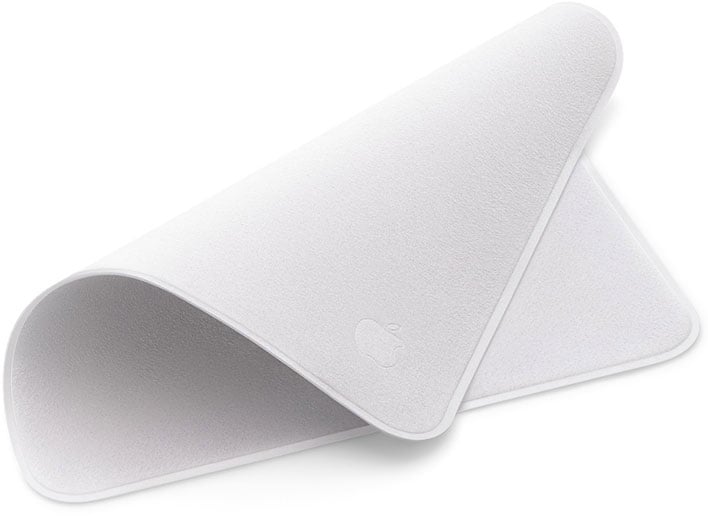 My own thoughts on the matter is that this is encouraging, but I'm apprehensive to heap on the praise. How much will these genuine parts cost? Apple has a history of charging premiums for accessories, the most recent of which is its $19 Polishing Cloth with an Apple logo stamped on it.
What I do find encouraging is that the right to repair movement is gaining steam. Perhaps Apple is looking to avoid future litigation and bad press with its Self Service Repair program, or maybe it saw this as an opportunity to sell more repair parts (or both). Regardless it is clear that consumers have muscle in this tug-of-war.
In any event, Apple says it will offer 200 individual parts and tools to fix iPhone 13 and iPhone 12 handsets, with the program kicking off early next year in the US and then expanding to additional countries throughout the year.