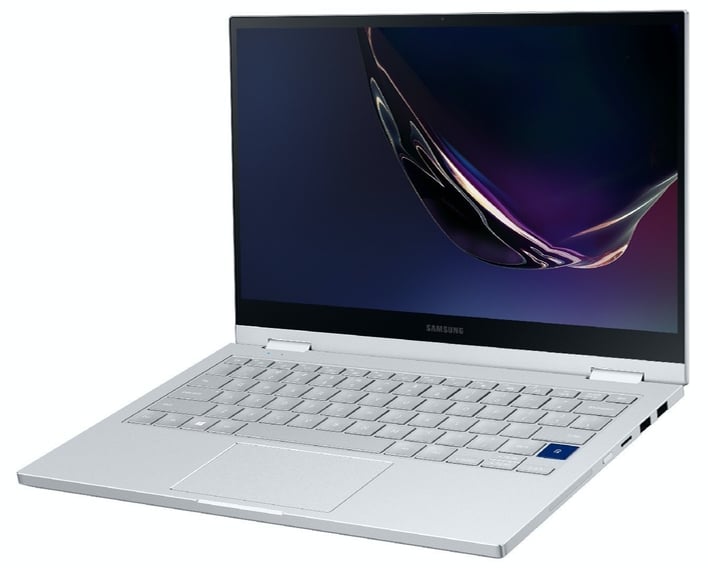 Last year, Samsung introduced the impressive Galaxy Book Ion and Flex laptops, but both of those devices were firmly in the $1,100+ price bracket limiting their appear to the general populous. Samsung has taken note of the missed opportunity with the announcement of the new Galaxy Book Flex Alpha, which is priced at just $829.

Like the Galaxy Book Ion and Flex, the Galaxy Book Flex Alpha also comes equipped with the firm’s QLED display technology. In this case, the 2-in-1 convertible is rocking a 13.3-inch 1080p QLED panel. The bezels are extremely thin along the sides, and about twice as thick at the top. The bottom bezel is even larger still, and looks to be about twice as wide as the top bezel.

The Galaxy Book Flex Alpha features an aluminum chassis that measures just 0.5 inches thick, and it comes with a relatively large 54 WHr battery inside. Samsung is quoting runtimes of up to 17.5 hours for the convertible, which is quite impressive in this class. And topping that battery off is achieved via USB-C with fast charging support. 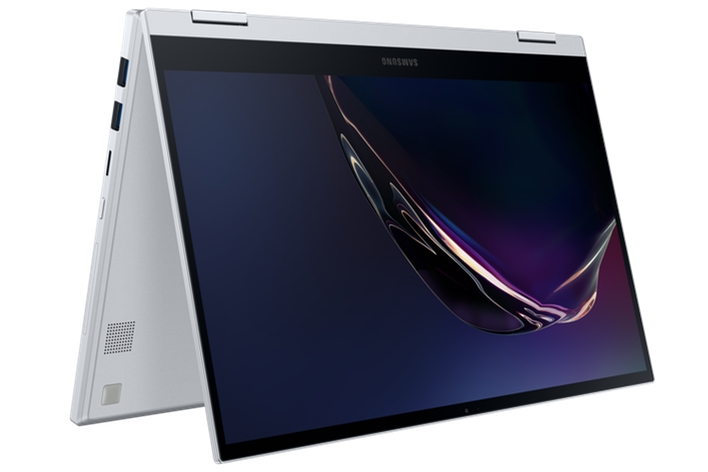 When it comes to internal hardware, Samsung is only saying that the Galaxy Book Flex Alpha is equipped with a 10th generation Intel Core processor. It isn't specifying whether this is a Comet Lake- or Ice Lake-based processor at this time, but we do know that it will be paired with either 8GB or 12GB of RAM. Samsung will also be offering either 256GB of 512GB NVMe SSD options for customers.

Other features include a built-in fingerprint reader, two full-size USB 3.0 ports, HDMI, a microSD slot, and Wi-Fi 6 support. Unfortunately, you won't find the Qi wireless charger integrated into the trackpad (like its more expensive siblings) or a standard S Pen. But we can't really complain about those omissions given the lower price point.

Samsung says that the Galaxy Book Flex Alpha will launch during the first half of 2020.