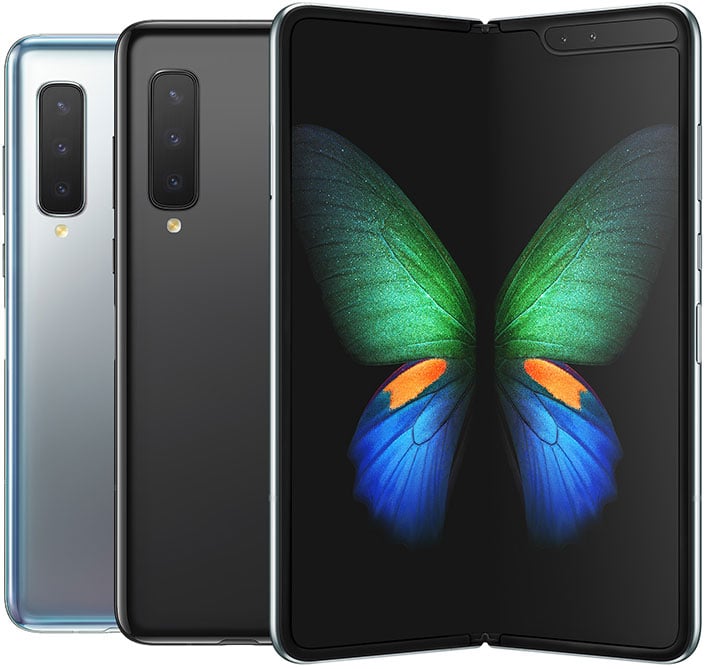 What a difference a month can make. Around four weeks ago, Samsung Electronics president Young Sohn bragged about "selling [a] million" Galaxy Fold devices, which would be quite the achievement, given the phone's rocky start and $2,000 price tag. This was followed up by a Samsung representative saying sales had not in fact reached 1 million units, and now it is being reported that actual sales of the Galaxy Fold are likely less than half of that figure.

It is an interesting situation because the folding form factor is, for the most part, new and uncharted territory. You can bet other phone makers are keeping an eye on the situation, because how well (or not so well) the Galaxy Fold fares can be viewed as an indicator of the market at large for folding smartphones, and premium priced ones at that.
According to Yonhap News, Samsung president and co-CEO DJ Koh stated at CES, "I think we've sold 400,000 to 500,000 Galaxy Fold smartphones."
From our vantage point, that means Samsung likely sold less than 500,000 Galaxy Fold devices so far. Otherwise, it doesn't make much sense to include the 400,000 estimation. Either way, this is another confirmation against the previous claim of having sold 1 million Galaxy Fold units.
Incidentally, the same news agency reported in December that Samsung's goal was to sell half a million Galaxy Fold handsets by the end of 2019. So on the bright side for Samsung, if the latest estimation is correct, it is at least in the neighborhood of that goal during the first couple weeks of 2020.
What I find the most interesting about all this is Samsung's purported confusion. It's hard to believe the company doesn't know exactly how many units it has shipped and sold (or has a close approximation), but saying "I think" leaves lots of room for error. DJ Koh is in charge of Samsung's mobile division, so he's in the best position to know the actual figure.
While we don't know for sure, it certainly sounds like Samsung fell short of its 500,000 goal, and DJ Koh is hesitant to phrase it that way. Otherwise, it would have made more sense to brag about achieving the goal it set out for the Galaxy Fold, or better yet, surpassing it.
Whatever the case might be, the form factor isn't going anywhere in the short term. There is already talk of a Galaxy Fold 2, and it could end up being significantly less expensive than the first generation version.