Do you have a PC that's powered by both a Ryzen CPU and a Radeon GPU? We'd reckon that this combination is pretty common these days, particularly given AMD's marketing around its Smart Access Memory feature. If you do, you may (or may not) have noticed that your CPU is running hotter and faster than usual, or perhaps even that you've been having some intermittent stability problems.

If so, the issue could be down to the Radeon graphics drivers, specifically the latest Adrenalin 22.3.1 version that we wrote about back in March. We didn't mention this detail specifically, but Adrenalin 22.3.1 actually integrates certain components of AMD's own Ryzen Master software to allow folks with all-AMD systems to monitor and tweak both CPU and GPU performance characteristics right from the Radeon overlay.


Unfortunately, it seems like doing so has caused the AMD Radeon drivers to blow away some users' careful configuration in the AMD Overclocking menu of their system's UEFI setup utility. When you first boot the machine with the new driver, it applies a Default profile that includes some CPU settings, such as enabling Precision Boost Overdrive and resetting some or all of the clock rate and voltage configuration options. 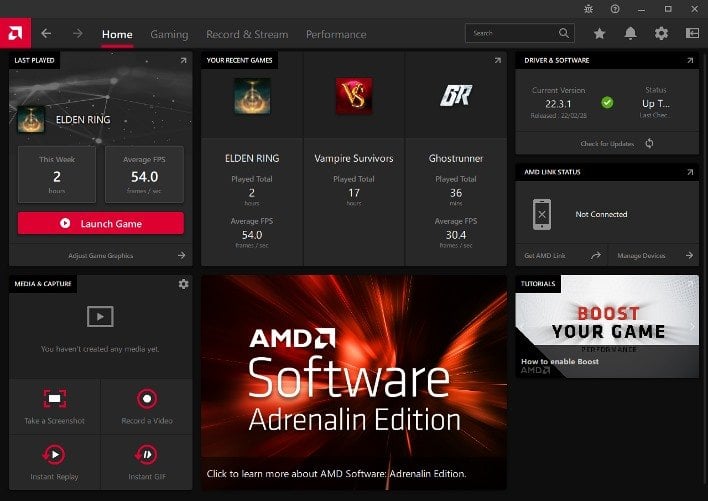 These changes could result in instability on systems that aren't equipped with proper cooling or power to handle the extra load of Precision Boost Overdrive, which is essentially automatic overclocking. Worse, for users that have carefully-tuned hand-overclocks, these changes will completely clobber their settings and force them to re-do it all by hand.

You can skip this issue when updating your drivers by using the third-party Radeon Software Slimmer, version 1.6 or above. Simply disable "AMDRyzenMasterSDK" under "Scheduled Tasks" in the Post-Install section of the app. Thanks to Igor's Lab for that tip.

If you don't feel like fooling around with third-party software, or if you've already installed the Adrenalin 22.3.1 driver, there's an easy workaround to prevent this from happening again, at least. Redditor Electrical-Bobcat435 comments that you can simply "create a new tuning profile for the GPU" in Radeon Settings. In theory, once you've done that, the new profile won't contain the CPU settings and thus it won't scuff up your meticulous manipulation of your CPU's configuration, although we should note that we haven't tested this ourselves.

AMD hasn't commented on the problem yet, but we'll likely see a fix in an upcoming driver release sooner or later.