AMD's Zen 4-based Ryzen 7000 processors are damn fast, no doubt about it. That speed also comes with a cost, though, both in terms of power draw and a literal monetary cost. We'd all like if there were new Zen 4 processors that were a little cheaper and a little less power-thirsty, so it's good news when we hear that such a thing is apparently on the way.

There aren't any details about the new CPU, but we can speculate a bit. As an 8-core Zen 4 CPU with a lower power limit, it will almost assuredly run slightly lower clocks than the Ryzen 7 7700X, but it may not need to run much lower. We've already seen how undervolting and eco profiles can drastically reduce the power consumption of Zen 4 processors without much effect on performance.


It's not really a surprise to hear that AMD will be launching "non-X" versions of its extant Ryzen 7000 CPUs, but historically, the standard versions of its enthusiast desktop CPUs have largely been confined to OEM offerings, and they usually don't see a dip in power target, either. It is certainly possible that some OEMs might be balking at the cooling required for a 105-watt six-core CPU. 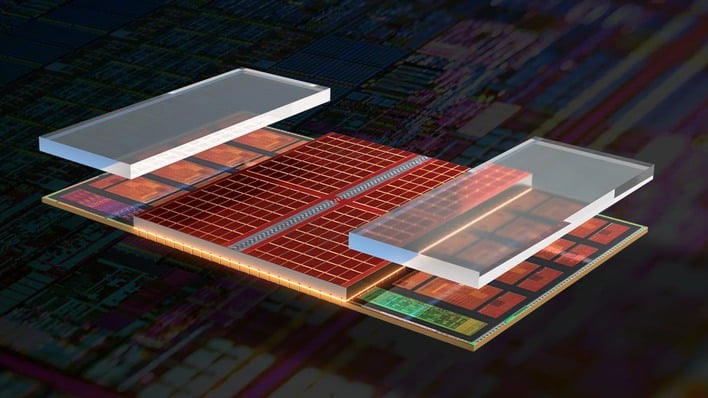 Of course, these aren't the most exciting upcoming AMD CPUs. AMD itself has already confirmed that there will be Zen 4 desktop CPUs equipped with 3D V-Cache. The 3D V-Cache is a huge boon for specific memory-sensitive workloads which includes many games. Those "X3D" versions of the Ryzen 7000 family might be here sooner than later. Intel's Raptor Lake beats AMD's latest on both price and performance—no thanks to Socket AM5 motherboards starting around $200—so AMD needs to figure out something pretty quick.