Revised PlayStation 5 Consoles Land At Retail With This Design Change

It seems Sony has revised its PlayStation 5 console, the version with the built-in Blu-ray drive, leaving customers of the original model *ahem*...screwed. In a sense, anyway, but put the pitchforks and torches down, that's just a play on words. Current PS5 owners are not missing out on much, and certainly not any internal hardware upgrades, like a faster CPU or GPU, or anything of the sort.

What's changed? Well, the model designation, for one. The new models are appearing on Australian retail shelves (virtual ones undoubtedly, for all of two nanoseconds before they're snatched up by eager buyers), with the new model number CFI-1102A (up from CFI-1000). If you live in Australia and get your hands on one with this model number, congratulations, you have the latest revision. And if not, don't fret. 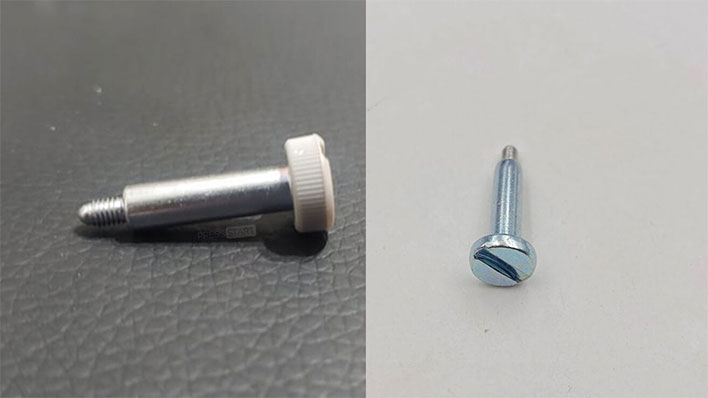 The main confirmed change, according to Press Start, is a switch to what are essentially thumbscrews. This means users can open up their consoles without having to bust out a screwdriver, assuming the thumbscrews are not so tightly twisted that they still require the use of one when first unscrewing them (I've encountered this on PC cases before).
See? Nothing to be up in arms about, as the updated PS5 model is going to play games identically to the original model. It might be a tad lighter, though, in addition to having new screws that make it easier to open.

Nothing has been officially confirmed by Sony just yet, but a revised PlayStation 5 Digital Edition (CFI-1100B01 versus CFI-1100) surfaced last month, and it too came with thumb screws on the base, as well as a slightly lighter design—Sony managed to reduce the weight from around 8.6 pounds (4.5 kilograms) to about 7.9 pounds (3.9 kilograms).
Revised or original, most console gamers will be ecstatic just to get their hands on a current generation console, which are almost always out of stock. Regardless of the revision, all PS5 consoles sport the same custom 8-core Zen 2 processor clocked at up to 3.5GHz, RDNA 2 graphics with 36 compute units clocked at up to 2.23GHz, 16GB of GDDR6 memory and 512MB of DDR4 RAM, and an 825GB NVMe SSD.
Speaking of storage, some drive makers have recently certified high-speed SSDs that are compatible with the PS5, in case you're eyeing up a capacity upgrade. One of those is TeamGroup's new Cardea A440 Pro Special Series, which boast a white graphene heatsink, 4TB and 8TB capacity options, and sequential read and write speeds of up to 7,400MB/s and 7,000MB/s, respectively.