Flagship SoCs like Qualcomm's Snapdragon 865 might get all the attention due to their extreme performance and high-end features, but the mid-range is often were most of the action (and sales) take place. It's for this reason that Qualcomm is delivering a performance boost for its OEM customers with the arrival of the new Snapdragon 768G.

The Snapdragon 768G picks up where the Snapdragon 765G left off with a Kryo 475 prime core that now features a maximum clock of 2.8GHz instead of 2.4GHz. Likewise, the Adreno 620 GPU is getting another 15 percent performance increase this time around. Topping things off, Qualcomm has implemented support for Adreno Udpateable GPU drivers. 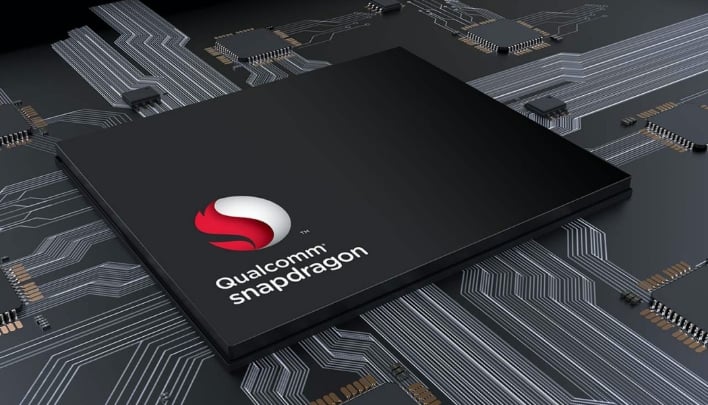 If you recall, updateable drivers were first introduced by Qualcomm with the Snapdragon 865, and allows OEMs to deliver separate driver updates for that chip’s Adreno 650 GPU. Xiaomi became the first OEM in late April to take advantage of this feature to deliver a driver update for its Mi 10, Mi 10 Pro, and Redmi K30 Pro to boost performance in PUBG Mobile and Fortnite along with OpenGL ES and Vulkan enhancements. Future Snapdragon 768G-powered devices can leverage these same capabilities – that is if OEMs choose to expend the energy to deliver the updates to customers.

Everything else remains pretty much the same with the Snapdragon 768G, which means you get support for Snapdragon Elite Gaming features (game extensions/optimizations, 120Hz display support, etc.), an integrated Snapdragon X52 multimode modem, and a 5th generation AI engine.

“We are uniquely positioned to accelerate 5G commercialization at scale and Snapdragon 768G is an example of how we’re continuing to deliver solutions to address the needs of our OEM customers,” said Kedar Kondap, VP of Product Management for Qualcomm. “Our expanding portfolio has the potential to make 5G accessible to billions of smartphone users around the world.”

Qualcomm is specifically targeting gaming phones with this Snapdragon 768G release, and the first recipient of the SoC will be the Redmi K30 5G Racing Edition.