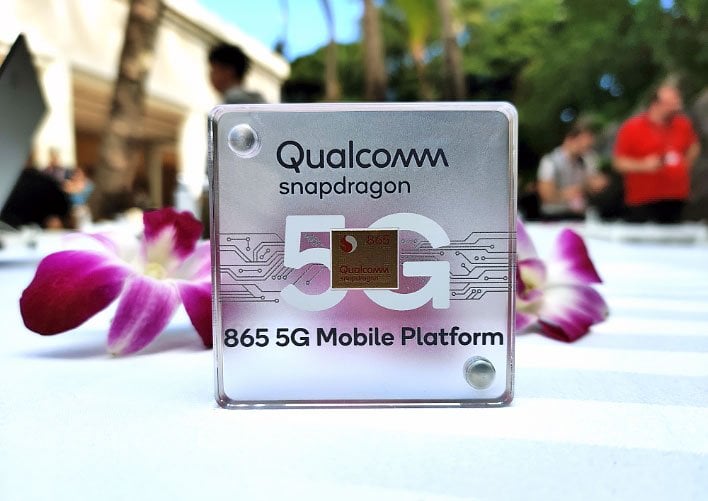 The first smartphones using Qualcomm's latest Snapdragon 865 SoC will be arriving on the market very shortly. And while many people will be looking forward to the Snapdragon 865 with respect to performance and its accompanying Snapdragon X55 5G modem, it will also usher in the era of 8K video recording for Android smartphones.

Qualcomm today is showing us what the Spectra 480 image signal processor (ISP) within the Snapdragon 865 can do. Using a prototype Snapdragon 865 smartphone along with a Sony IMX586 image sensor, Qualcomm was able to capture the footage seen below at 8K, which translates into roughly 33 megapixels per frame.

The footage that you see was captured back in November 2019 in the Arizona desert. The footage -- which lasts just over 2 minutes -- looks incredible with vivid colors and plenty of detail during.

The chip company says that the Spectra 480 can process data at 2 gigapixels per second, which also enables 960fps slow-motion capture and up to 200MP still image capture. If that wasn't enough, you can also record 4K HDR video while simultaneously capturing 64MP photos. Needless to say, with 8K video recording and 200MP images, you're probably going to want to purchase a flagship smartphone with as much internal storage as possible, or at least purchase one that has a microSD slot that will allow you to cheaply add external storage.

Google is also doing is part by lifting the 4GB file size restriction for video recording in Android. Google engineers reported that they were able to successfully record video at up to 32GB and beyond, which bodes well for the influx of 8K videos that will be recorded this year thanks to Snapdragon 865.

The Samsung Galaxy S20 series of smartphones are widely expected to feature the Snapdragon 865, and their 8K video recording capabilities will go nicely with the company's line of 8K QLED televisions.