Forces are at play to vastly reduce latency while gaming over Wi-Fi, and quite frankly, that is something that is long overdue. The secret sauce to make this possible is comprised of two main ingredients—Qualcomm's FastConnect hardware and the Wi-Fi Dual Station technology that is baked into Windows 11, developed in partnership with Microsoft. When mixed together, gaming over Wi-Fi can be akin to playing over an Ethernet connection.

A wired-like gaming experience over a wireless connection may sound like a pipe dream, but this is something that has the backing of some major players, including Qualcomm, Microsoft, and Valve. What this essentially entails is harnessing multiple Wi-Fi bands and antennas at the same time, to punt high pings that you might otherwise get on a traditional single-band connection.

The way Qualcomm describes it, by tapping into both the 2.4GHz and 5GHz bands (or 6GHz where available) concurrently, latency issues that might rear their unwanted head on either band can be attacked at a system level. 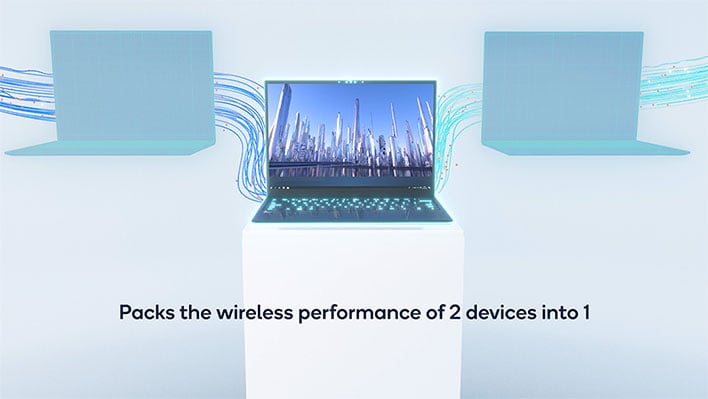 This is essentially what Windows 11's Wi-Fi Dual Station technology is all about—delivering two streams to and from a game server to the client device at the same time. By having the ability to leverage the best connection at any given time, and route packets between either one as needed, the experience is less susceptible to interference and other factors that cause jitter and ping spikes.

It sounds like a lot of pieces, but they're coming together. Qualcomm says Valve is in the process of adding support for Windows 11's Wi-Fi Dual Station feature to its Steamworks SDK, to deliver jitter-free online gaming in titles such as Dota 2 and Counter-Strike: Global Offensive. 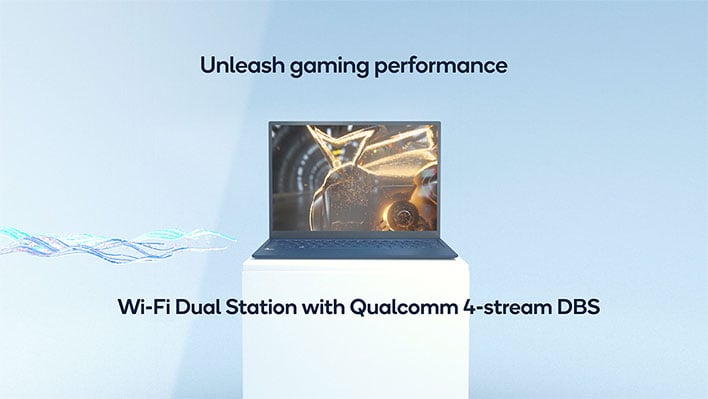 "We’re seeing considerable reductions in jitter and packet loss with Wi-Fi Dual Station enabled, especially when the AP is heavily loaded," said Fletcher Dunn at Valve. "This is important for any online title, and especially beneficial for competitive online titles such as CS:GO and Dota 2. Games using the Steamworks SDK for networking will experience these same benefits with no added development time."

Acer and Lenovo both have plans of supporting this technology in future products (laptops and presumably desktops as well), and looking beyond gaming, AMD intends to leverage the technology on enterprise platforms. Given the amount of notable industry backing this has, we're optimistic this will in fact end up being a reality and not just a pipe dream after all.