This week will see lots of product announcements, as is always the case each year during the multi-day Consumer Electronics Show (CES) event. Among them is a new line of Wi-Fi 6E hardware from TP-Link. What exactly is Wi-Fi 6E, and does that mean you should toss your Wi-Fi 6 (non-E) router in the garbage? Let us explain.

First off, hold onto your Wi-Fi 6 (802.11ax) hardware—the standard has only begun to get its feet wet, and will really make a splash when more Wi-Fi 6 adapters (like the Killer Wi-Fi 6 AX1650) enter the marketplace. That's because Wi-Fi 6 is designed to handle multiple devices connected at the same time much better than previous standards, but to take full advantage of it, you need both a Wi-Fi 6 router and hardware (laptops, phones, tables, etc) with Wi-Fi 6 adapters.

Wi-Fi 6E supports the same nifty features as Wi-Fi 6 (namely, OFDMA), but on top of supporting 2.4GHz and 5GHz bands, it adds a 6GHz band to the mix. Last year, the Wi-Fi Alliance explained that "6GHz addresses the Wi-Fi spectrum shortage by providing contiguous spectrum blocks to accommodate 14 additional 80MHz channels and 7 additional 160MHz channels which are needed for high-bandwidth applications that require faster data throughput such as high-definition video streaming and virtual reality."
Not surprisingly, Wi-Fi 6E is what TP-Link is focusing on at CES. The company announced several new products, including the one you see above, the Archer X206. It is a tri-band router offering theoretical maximum speeds of up to 4,804Mbps on both the 6GHz and 5GHz bands, and 1,148Mbps on the 2.4GHz band. It also sports a pair of 10Gbps LAN ports and a single 2.5Gbps LAN port for fast wired connectivity. 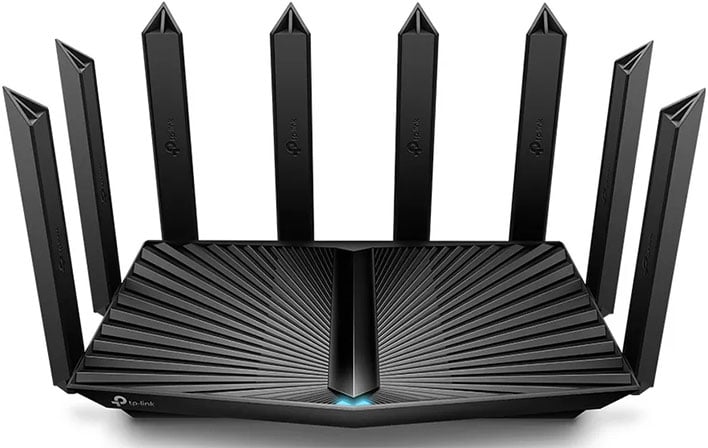 Also part of the Archer series is the Archer X96, as shown above. According to TP-Link, it features a "pure 6GHz" band supporting transfers of up to 2,402Mbps. In addition, it offers speeds of up to 4,804Mbps on the 5GHz band 574Mbps on the 2.4GHz band.
It is sort of a lower end version of the Archer X206. There are no 10Gbps LAN ports, though it does wield a 2.5Gbps LAN port, and is powered by a 1.7GHz qual-core CPU "to handle huge throughput and eradicate latency." 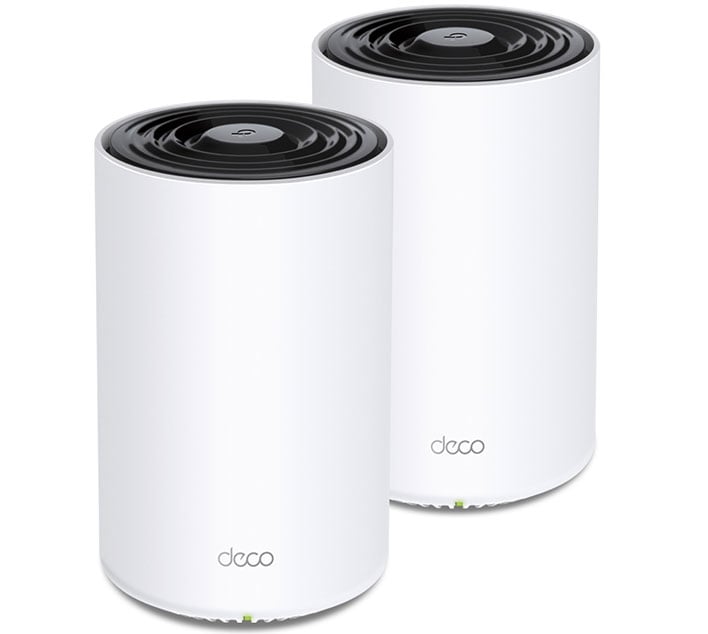 As has become the trend, router makers have designed models that fit in with modern decors. Such is the case with TP-Link's new Deco models.
There are a handful of Deco additions, including the Deco X76 Plus shown above, which is a whole home mesh Wi-Fi 6E system. Same goes for the Deeco X96, which is basically a faster version. Both are tri-band models.
TP-Link also outed its Deco Voice X20. It's another mesh Wi-Fi 6E system, but also serves double duty as a smart speaker, with built-in support for Alexa.
"Alexa is integrated into the built-in smart speaker, enabling smart home management, voice control and music streaming. Deco Voice X20 also supports Alexa calling, messaging, and announcements (ACM), which expands the range of interactions between Deco units or with other Alexa built-in devices," TP-Link says.

TP-Link did not divulge specific release dates or MSRPs, but did say all of its new products will become available this year at "competitive price points."