If you're a PC enthusiast of a certain age, the name PowerVR might make you get a little misty-eyed and nostalgic. Chances are—just going by the numbers—you probably never had a PowerVR graphics card, but you surely saw the name alongside its proprietary SGL graphics API in games like Unreal, Interstate '76, and Tomb Raider II. You might also recall the later Kyro GPUs that more-fully supported Direct3D and OpenGL.

After releasing three generations of PC graphics cards, it might have seemed like Imagination Technologies (a.k.a. ImgTec) and its PowerVR GPUs went the way of Rendition and 3dfx, but the company's fortunes weren't as tied to the PC market as those others were. Indeed, PowerVR's unique hardware design made it particularly suitable to power-sipping (and bandwidth-starved) mobile GPUs, and ImgTec's management seems particularly prescient now, looking back, as it pivoted to focus on providing graphics parts for low-power SoCs just as the smartphone was becoming a thing. 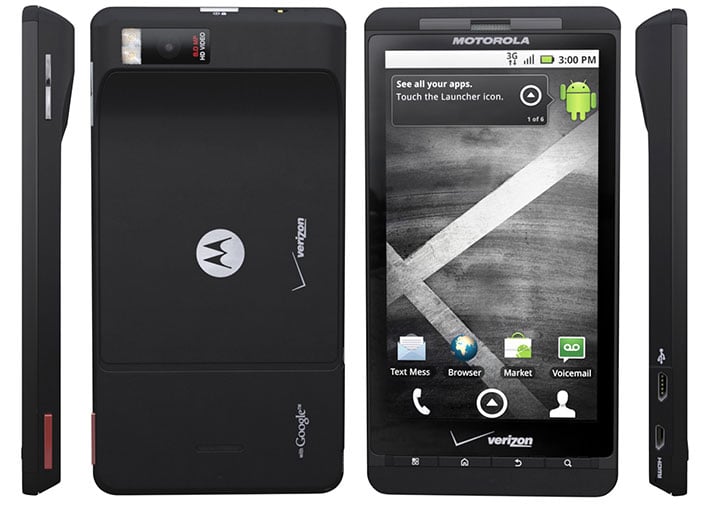 Actually, a tremendous number of mobile devices included PowerVR-based graphics hardware, thanks in part to Texas Instruments licensing the design for its popular OMAP series of SoCs. So it goes that Apple selected PowerVR hardware for the graphics portions of the SoCs driving its iPhones—a partnership that would go on to represent some half of Imagination Technologies' revenue. That partnership ended in 2017, leaving ImgTec with only a few smaller partners remaining, like Mediatek.

ImgTec's bridge to Apple was rebuilt last year—likely under more favorable terms for Apple—but in the interim, ImgTec was purchased by Chinese state-sponsored buyout firm Canyon Bridge. That buyout may have precipitated this news, which is that Innosilicon, a "world-class innovative fabless IP design company" based out of Wuhan, is releasing a series of PC graphics cards called "Fantasy One." The company claims that they are the first Chinese domestic high-end graphics cards, even though they're using licensed IP from the UK.

This story has sort-of been brewing for a long time. In fact, ImgTec and Innosilicon announced this partnership last October, but it's only been in this last week that we finally got any details on what would come out of this merging of minds beyond the name "Fantasy". That's because Innosilicon held an event with Chinese tech press to announce the Fantasy One GPUs.

At the event, Innosilicon announced two models in the Fantasy One line-up: "Type A" and "Type B". Type A is a consumer and workstation graphics card that sports a single "Fantasy One" GPU. Innosilicon says that the GPU offers 5 TFLOPS of single-precision compute, which is a little underwhelming in the current market. However, the company also claims some 160 Gigapixels/second of pixel fillrate. That puts it in similar territory to the GeForce RTX 3090—at least as far as that one specification goes, anyway.


Innosilicon didn't provide as many specifications as we'd like, but it did say that the card will come with 16GB of GDDR6X memory running at 19 Gbps, connected to the GPU core over a 128-bit bus, giving the GPU a respectable 304 GB/sec of memory bandwidth. The Fantasy One Type-A supports DisplayPort 1.4, HDMI 2.1, and VGA, surprisingly enough. It requires a 6-pin power connector, although there's also a low-profile (half-height) version that uses a much smaller cooler and no power connector; it's likely a low-end model.


Meanwhile, the Fantasy One Type B is a larger card that was shown fitted with a beefy triple-fan cooler, and also with a large fanless cooler likely intended for rack-mount systems. The Type B Fantasy One seems to essentially be an old-school "multi-GPU-on-a-stick" card, sporting a pair of Fantasy One GPUs and some 32GB of GDDR6 memory. Innosilicon simply doubles the specifications of the single-chip card for this model, although naturally we expect that performance, at least in graphics, probably won't be 2X its single-GPU based cousin due to the inherent difficulties and inefficiencies of multi-GPU rendering.

Perhaps most interesting is the information we have on claimed power usage. Despite the presence of a six-pin power connector on the Type A card, and what appears to be a pair of eight-pin connectors on the Type B card, Innosilicon claims that the typical power consumption of the Fantasy One GPU for "desktop 4K heavy rendering" should be around 20W, while the "multi-way heavy cloud rendering" will consume around 50W.

PowerVR designs were always extremely efficient due to the unique "tile-based deferred rendering" approach that they favor, but 160 Gigapixels/sec seems unlikely within 20 Watts, even if Innosilicon is using a bleeding-edge fabrication process. Given that Innosilicon emphasizes the cards' ability to transcode 32 simultaneous 1080p60 video streams, those numbers may actually be talking about video transcoding rather than 3D rendering, but it's not clear at this point.

The Fantasy One GPU itself is somewhat of an enigma. We know that it's based on Imagination Technologies IP, specifically the BXT core. Last year, around the time of the original Innosilicon partnership announcement, ImgTec's David Harold published a blog titled "Back in the high performance game." In that blog, he commented offhandedly that the 11th-generation PowerVR design, known as "B-series," was already licensed to "five customers targeting the desktop, performance laptop, and cloud spaces." He then went on to specifically name Innosilicon as one of the partners, promoting its "Fantasy GPU series."

Indeed, it seems like the Fantasy One is just the beginning for Innosilicon's desktop GPU ambitions. At its press conference, the company showed a Fantasy One GPU in operation running the Unigine Heaven OpenGL demo in what appears to be a standard ATX PC, then went on to talk about Fantasy Two and Fantasy Three, which it apparently plans to unveil next year. While there's no information on who fabricated Fantasy One, nor on which process, Innosilicon says its next-generation parts will be fabricated on 5nm, presumably by TSMC.

Innosilicon's previous products have primarily been targeted at Linux and Android, but it looks like these cards might be available with Windows drivers. The company claims support for Microsoft's proprietary DirectX API alongside the usual open-source suspects: OpenGL, OpenCL, and Vulkan. If that's true, it means that desktop PC gamers will be doubling up their options for graphics cards next year—besides AMD and NVIDIA, we'll see new chips from both Intel and ImgTec.

We're trying to get our hands on a Fantasy One GPU, and as soon as we do, we'll slap it on the bench and see how it goes.