AMD graphics card partner PowerColor is teasing a devilish new product, just hours ahead of AMD's highly anticipated RDNA 3 launch event. PowerColor doesn't mention any particular GPU by name, but we don't think Sherlock Holmes will have to leave Baker Street to solve this mystery.
In the image that accompanies PowerColor's teasing Tweet, a sizable section of a new graphics card backplate is shown. Alongside the phrase "The Devil will morph into many shapes.. Beware," we see a rather undulating but angular faceted finish. What is also really eye-catching is the horned PowerColor Devil logo element, with forbidding red backlighting. The mention of shapes in the teasing Tweet, appears to refer to the new design we just described. This isn't like any previous PowerColor graphics card design we have seen, but others have used the seemingly random angular peaks and troughs, inspired by modern stealth fighter designs. 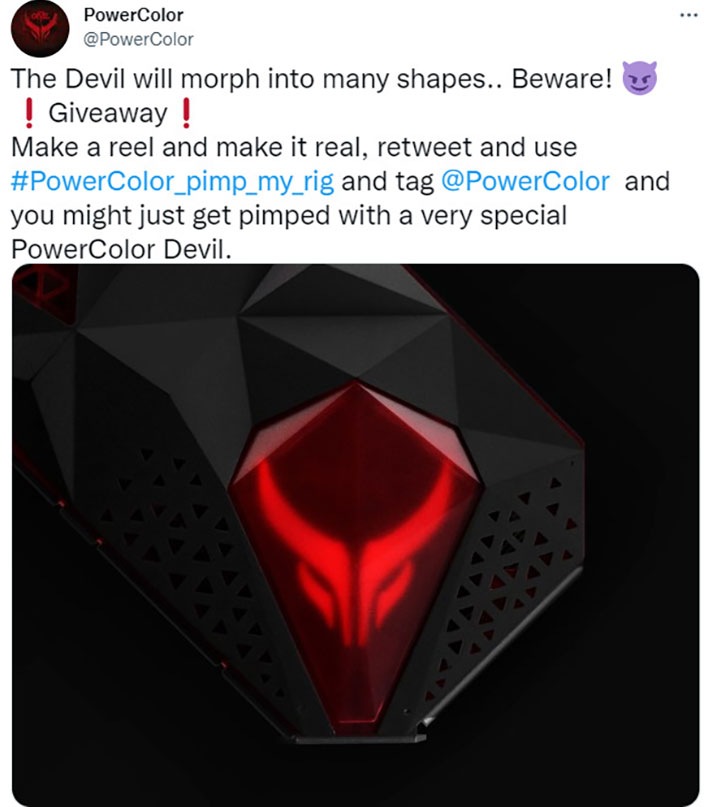 As well as the image being shared, the source Tweet is worth visiting as PowerColor are using it as a platform for a giveaway. All readers have to do is retweet the PowerColor post, add the #PowerColor_pimp_my_rig and @PowerColor tags, and a "very special PowerColor Devil," might find its way to their home. The sweepstake runs until Nov 9, with the winner announced on the 10th. Rest assured the prize will be delivered this year, "by Dec 31, 2022."

Reading between the lines, above you can see an image of what is very probably going to be revealed as a new AMD Radeon RX 7000 series graphics card. A few days ago we highlighted what enthusiasts should expect with reference to performance, features and availability. Even more recently, a reliable leaker highlighted the impending arrival of the Radeon RX 7900 XT with 20GB of video RAM, and the flagship Radeon RX 7900 XTX, with 24GB. These will surely benefit from PowerColor's newest and best cooling solutions. 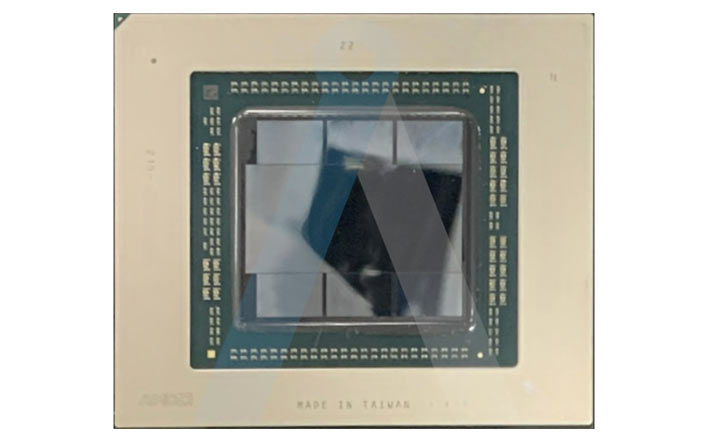 Before we go and get the popcorn ready for the AMD RDNA 3 event, there has been one more last minute leak that is worth your attention. Tech site Angstronomics have what they claim to be a chip die shot (above), showcasing an AMD Navi 31 GPU. There isn't much to look at, and it isn't extremely clear, but the source site says that it reveals a "single GCD and 6 MCD’s flanking it." (GCD = Graphics chiplet die, MCD = memory chiplet die.) This 5nm design should be able to pack in up to 12,288 Stream Processors, a 96MB chunk of Infinity Cache, and be accompanied by up to 24GB of GDDR6, as stated above.