It appears that illegal electricity theft and cryptocurrency mining go hand in hand, as the Ukrainian Security Service (SBU) reported that it has shut down a massive crypto-farm stealing electricity. Comprised of thousands of consoles and hundreds of graphics cards, the farm was seized from an old warehouse professionally rigged for the illicit activities.

In the city of Vinnytsia, a group of crypto miners has been accused of “theft of water, electricity or thermal energy through its unauthorized use,” by the SBU. According to the report, “electricity meters that did not show a real energy consumption” were used to steal upwards of $259,000 in electricity monthly for the crypto farm. After these proceedings were initiated, the security service was then able to seize some interesting hardware. 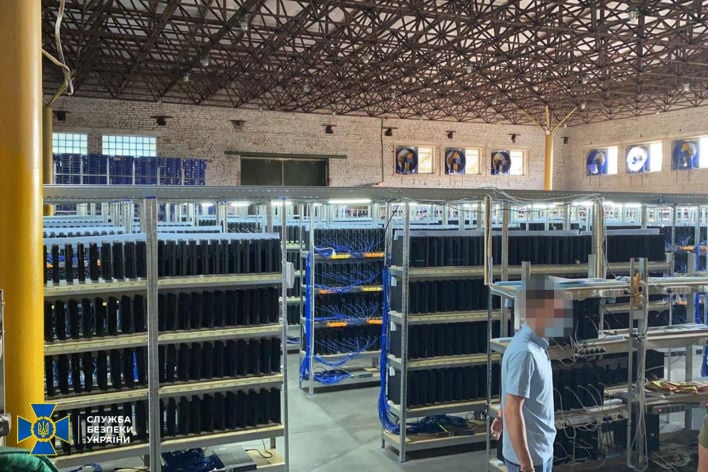 Of course, the miners used over 500 graphics cards for their endeavor, as is standard for mining, and up to 3,800 PlayStation 4 consoles were also seized. In the images, it appears that all these consoles were networked and potentially used for cryptocurrency mining. While the use of the original PS4 at 1.84 teraflops would likely not be worthwhile, the PS4 Pro at 4.2 teraflops is within range of the AMD Radeon RX 570 or RX 580, depending on memory bandwidth and speed, and could be good for Ethereum mining.

Regardless, utilizing a GPU is always more efficient for cryptocurrency mining, but they are hard to come by right now, so a console is a better option than nothing. Moreover, efficiency may not have been the primary concern as power was actually being stolen. Either way, things are rather dark now for this unlawful mining outfit.